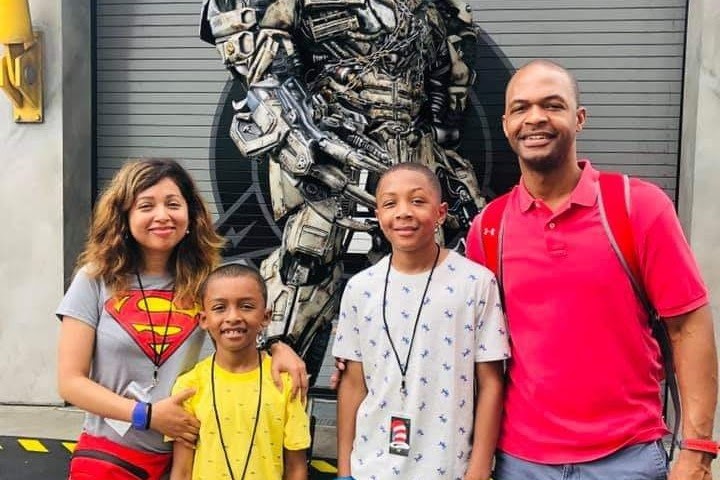 A funeral has been scheduled for Thursday for the former head of a nonprofit organization who was shot to death on Friday night.

Ashland Tate, 35, of Hazelwood was on the ground, dying of a gunshot wound at about 10 p.m. when Rock Hill police responded to the 1000 block of Rariton for 911 call. Detectives from the St. Louis County Police Department, who are now leading the investigation, believe he was in a nearby vehicle when he was shot through the front passenger seat.

Tate was rushed to the hospital but died about 4 a.m., police say.

The New Orleans native had previously served as executive director of Boys Hope Girls Hope, an organization that helps young people from tough backgrounds go to college. He had gone through the program when he was young in New Orleans. He later landed in St. Louis and went to the University of Missouri-St. Louis after fleeing Hurricane Katrina.

He was married with two boys.

A viewing is scheduled for 1 p.m.-3 p.m. at Archway Memorial Chapel (111 Taylor Road, Hazelwood), followed by a funeral service at 3 p.m.

Police haven't said what motivated the killing. They arrested two men on felony charges of second-degree murder and armed criminal action. When Rock Hill officers arrived, one of the suspects — 32-year-old Themon Ryan — was still sitting in the vehicle where Tate had been shot, according to court records.

Another suspect, 25-year-old Rayshaun McDonald, was next to Tate. Ryan lives in St. Charles, and McDonald lives in an apartment on Rariton. County police searched McDonald's apartment and found a 9mm handgun, court records say. Police also found a 9mm shell casing and a blood stain in the vehicle.

McDonald and Ryan were jailed after their arrests but were released on $75,000 bond.

A GoFundMe page has been created to assist Tate's family.