Amighetti's on the Hill Closes in Dispute with Location's Operator 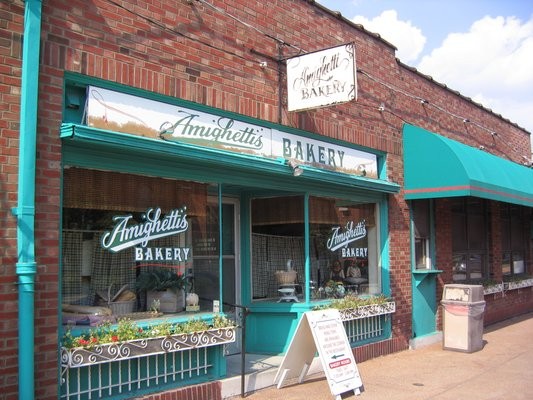 Amighetti's on the Hill (5141 Wilson Avenue) is closing — and a new name is now emblazoned on the restaurant's awning: "Colino's Cafe & Bakery."

In an August 1st Facebook post, the business's owner Anthony Favazza said a new Amighetti's will reopen in the Hill "as soon as possible," though its new location remains unclear. Favazza owns the naming right to the restaurant and another location in Rock Hill.

"It is with a heavy heart that we announce the temporary closing of Amighetti's on the Hill," he says in the post. "The owner/operator of that location hasn't lived up to the Amighetti standards for more than two years."

The news was first reported by St. Louis Magazine, and Favazza tells the outlet he had long clashed with Dominic Consolino, owner/operator of the Hill location.

"Consolino had the opportunity to buy the company at the same time I did, and he passed," Favazza tells the magazine. "Unfortunately, now he won't play by the rules."

While many consider that location to be the original Amighetti's, Favazza says in his Facebook post it actually started in another spot a few blocks away, operating there from 1916 to 1921. Regardless, for more than 100 years it has had a presence as one of the best among the Hill's many locally owned restaurants and bakeries. The Amighetti's special, an ultragourmet poorboy with meats, cheese and peppers on Italian bread has been considered St. Louis's signature sandwich.

While the iconic location in the Italian-American neighborhood is down, the Rock Hill location on Manchester Road remains open.

"We discussed the developments with Mrs. Amighetti this morning," the Facebook post says. "She said that we 'have her full support.'"