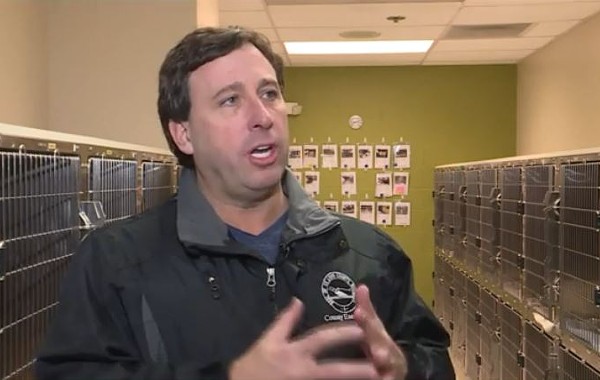 A sly bit of paperwork magic allowed the St. Louis County's Pet Adoption Center to obscure the causes of more than half of its reported cases of euthanasia last year, according to an audit.

The findings in the 268-page audit by Citygate Associates call into question the once-celebrated drop in the shelter's kill rate.

The consulting firm was hired last year for $85,000 by the County Council to audit the operations of an animal shelter that had long been dogged by controversy and allegations of mismanagement, some of which were first reported by Riverfront Times in January 2018.

A big part of the shelter's recent troubles were related to the tenure of Beth Vesco-Mock, who had been hired in late 2017 as director of county's department of Animal Control & Care. While Vesco-Mock had come to St. Louis with considerable baggage from her old job as the director of a city animal shelter in New Mexico, her supporters pointed to her amazing results when it came to lowering the euthanasia rate in St. Louis County.

To make that particular boast, however, those supporters — including then-County Executive Steve Stenger — apparently relied on the shelter's curious way of reporting euthanasia rates: Only "shelter decision" euthanasia rates are reported to the shelter's advisory board, leaving aside a second designation, "owner requested euthanasia," or ORE.

It is the ORE rate that startled auditors. Their final report found that, under Vesco-Mock, the shelter had instituted a policy for all pet owners surrendering animals to check a box on a form marked "ORE."

The form, however, didn't explain that checking that box means the animal was being surrendered for euthanasia. This worked to the shelter's advantage, since it wouldn't affect its number of "shelter decision" euthanasia cases.

The audit notes: "If [Animal Care & Control] later ends up euthanizing any of the animals with a checked ORE box for any reason, they are then being categorized in statistics as OREs."

The deception went beyond the numbers. Auditors observed one interaction in which a woman turning over a dog checked the "ORE" box without knowing what it meant.


One person that Citygate observed turning in a dog first asked if the shelter was a no-kill shelter and indicated she did not want her dog euthanized. She was told that the shelter was not a no-kill shelter, but that they try to adopt out all of the animals unless the animal is aggressive or sick. She checked and initialed the ORE box as directed by staff, but Citygate did not hear her being told what the ORE initials actually meant. emphasis added]

Since the shelter had so many animals designated as OREs, it's not clear how many were legitimate owner requests — for instance, someone who wanted to give a sick pet a merciful and quick end to their suffering — and how many the shelter decided to put down on its own.

Digging deeper, the audit sought records of animals designated as ORE who were eventually euthanized. Those cases only raised more questions. The animals included a husky mix who was "fearful and did not make eye contact with staff" — the dog was euthanized after 27 days in the shelter.

Then there was a pit bull mix surrendered by its owner for being "disobedient," but the audit notes that a memo indicated the owner actually surrendered the pet "due to the owner's living situation." Still, the audit found the dog stayed in the shelter 55 days before being euthanized for "behavioral reasons."

The euthanasia numbers may have looked good to the county executive and the shelter's advisory board, but the number of OREs were sky-high compared to similar institutions. Other shelters surveyed in the audit recorded an average of just 2.8 percent of their total outcomes as OREs. The St. Louis County Pet Adoption Center's rate of ORE outcomes was 14.3 percent, which, the audit notes, accounted for "the majority of euthanasia performed."

That last point is worth emphasizing: The shelter recorded 602 cases of euthanasia in 2018 — over the same time period, the shelter adopted out more than 1,300 animals — but that euthanasia stat didn't include the the 645 cases of owner requested euthanasia. That's more than 51 percent of the shelter's total number of euthanasia cases, and it's not clear how many were misrecorded as OREs to make the shelter look better for its board.

The revelation has shaken the shelter's staff and volunteers. In an interview with the St. Louis Post-Dispatch, Spring Schmidt, the county's acting health director, said the shelter's advisory board was "very disappointed" to learn they'd been tricked.

Schmidt, however, said that Stenger had put pressure on the shelter's staff to lower the euthanasia rate in 2018. Schmidt also said that she hasn't disciplined the shelter staff for the misleading policy, noting that even staff who had concerns at the time "didn’t have authority to act on them."

Conveniently, though, the parties with authority have all left their posts: Stenger, who once championed the shelter's low euthanasia rate and praised the hiring of Vesco-Mock, is no longer county executive and is currently awaiting sentencing on federal charges for bribery, mail fraud and theft. Before his fall from power, however, it was Stenger who moved to fire Vesco-Mock in March 2018, less than a year into her job. Even that wasn't the end, though, as the county later agreed to pay Vesco-Mock $150,000 to settle a sex discrimination lawsuit.

That leaves the county's department of Animal Care & Control under the stewardship of Schmidt, the latest in a long line of interim and permanent directors. Schmidt told Post-Dispatch that she's still committed to lowering the shelter's euthanasia rate, but added, “I expect that to be met through system-wide change and not through a manipulation of numbers."