Drunk Missouri Man Breaks Into Bank, Passes Out For Hours, Steals Nothing 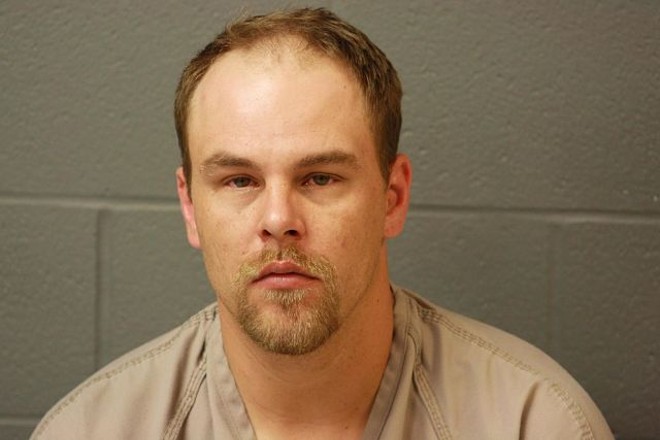 In what is surely an early contender for "heist of the century," a Missouri man is facing burglary charges after he allegedly drunkenly broke into a bank and immediately passed out without successfully stealing anything.

The incident happened in Boonville, about two hours west of St. Louis. The Columbia Tribune reports that Eric Preston Miller, 35, allegedly broke out a window at First State Community Bank at 3:12 a.m. on July 7 before climbing inside.

According to a probable cause statement, Miller looked to be intoxicated in security footage, and he reportedly passed out immediately upon entry — in fact, even as he was actually climbing through the window. He stayed asleep for almost three hours, police say.

After that well-earned catnap, our alleged would-be bank robber awoke around 6:03 a.m., whereupon he set about kicking through another window, police say — this one part of the bank's interior, which set off an alarm.

He then allegedly just kinda wandered around the inside of the bank for a few minutes before leaving empty-handed.

Less than empty-handed, in fact: Miller left his cell phone behind (as well as some of his blood, because, you know, broken glass), which police found near the window he crawled in through.

Police were able to identify Miller by comparing a department of revenue photograph to the security footage, and took him into custody soon after. This, despite the man's obviously formidable mental prowess.

Miller has been charged with second degree burglary, a class D felony. Which honestly is pretty light considering how high the penalties for knocking over a bank can be.

Or maybe that was the plan all along? Hey, they can't charge you with bank robbery if you don't steal anything. Genius.