St. Louis Police Union Loves 'the Punisher.' But the Punisher Isn't On Board 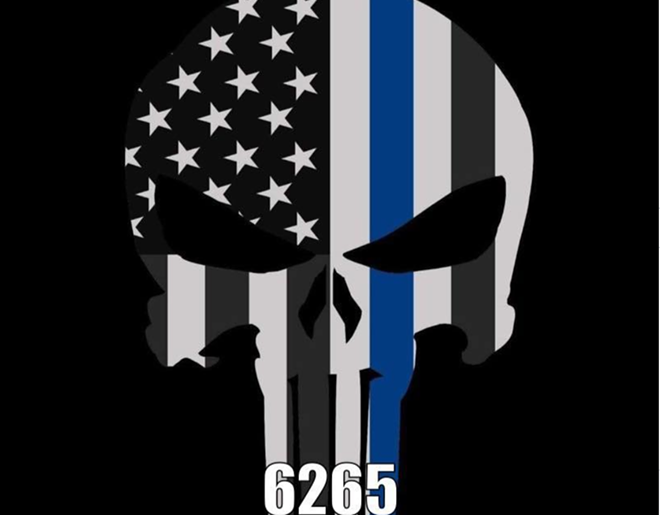 The cosplaying cops over at the St. Louis Police Officers Association want all their members to adopt an image of the murderous comic book anti-hero, the Punisher, as their profile pic on social media accounts.

The union itself has changed its image to the infamous skull logo, redone with the "thin blue line" flag. This despite the fact that the Punisher's legendary creator, Gerry Conway, has repeatedly told interviewers that he finds it super messed up that police and soldiers like to emulate a character designed as a brutal symbol of unchecked authority.

"To me, it's disturbing whenever I see authority figures embracing Punisher iconography because the Punisher represents a failure of the justice system," Conway tells SyFy Wire. "He's supposed to indict the collapse of social moral authority and the reality some people can't depend on institutions like the police or the military to act in a just and capable way."

Conway emphasizes that the Punisher character, Frank Castle, is a criminal, the kind of guy who should be on the opposite side of the law as those hired to uphold the law and protect rights. In his stories, the Punisher literally hunts down, tortures and murders people he thinks deserve it.

Conway finds it appalling that police have adopted the symbol, wearing Punisher patches on their uniforms or attaching logos to patrol cars.

"In a way, it's as offensive as putting a Confederate flag on a government building," Conway tells SyFy.

The St. Louis police union is currently promoting T-shirts with the co-opted Punisher logo as a fundraiser for the family of North County Police Cooperative Officer Michael Langsdorf, who was killed last month while confronting a suspect in a check-cashing scam.

Separately, the union posted on Facebook a letter from its president Ed Clark, urging all its members to change their profile pictures to the "Blue Line Punisher."

According to Clark, some officers who previously displayed the symbol are being investigated by the police department's internal affairs unit and have been added to the St. Louis Circuit Attorney's "exclusion list" of cops whose cases won't be considered by prosecutors.

"The Department made a political decision to open an investigation after a complaint that the symbol was offensive and depicted vigilantism," Clark writes. "The fact is, there will always be someone who will find fault with any symbol we identify with or person we choose to carry our message."

Count Conway among them. And just in case the author's point wasn't clear, a recent strip, written by Matthew Rosenberg, spells it out. In a not-unimaginable scene, a blood-spattered Castle is stopped at gunpoint by officers, who turn all fanboy when they realize they're face to face with their idol.

After the cops snap some selfies, a not-amused Castle yanks the Punisher symbol off their patrol car and warns them to stop.

"I'll say this once," Castle tells them. "We're not the same. You took an oath to uphold the law. You help people. I gave all that up a long time ago. You don't do what I do. Nobody does. You boys need a role model? His name is Captain America, and he'd be happy to have you."

Correction: A previous version of this story incorrectly identified the writer of a recent Punisher comic strip. We regret the error.