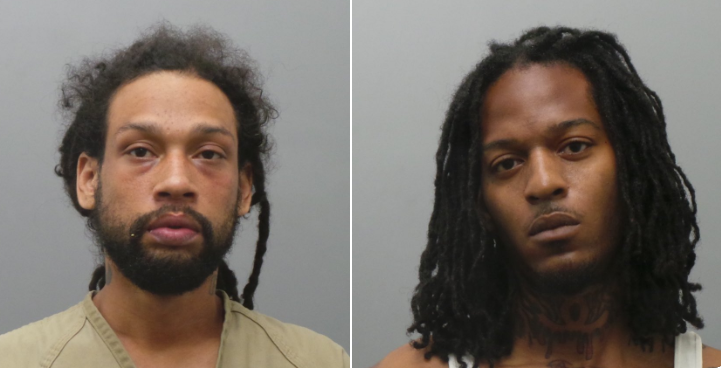 Two men have been arrested in a July 6 quintuple homicide in north St. Louis County.

"We will do everything in our power to ensure that these individuals are held accountable and that the victims and their families receive justice," St. Louis County Prosecuting Attorney Wesley Bell says in a statement.

St. Louis County police Chief Jon Belmar told reporters this afternoon at a news conference that the deadly shootings — one of the metro area's worst mass killings in recent memory — were connected to narcotics.

The location was an apartment in an abandoned complex along the 1900 block of Chambers Road in an unincorporated part of north St. Louis County, where people reportedly came and went to use drugs.

According to a probable cause statement, the suspects tried to rob the men at on Saturday. Armed with a gun, they threatened the men's lives but didn't kill them right away. They returned later and shot them all, according to the statement.

Brewster's father previously told the St. Louis Post-Dispatch that he saw his son, who struggled with drug addiction, in the abandoned apartment on Friday night. He came back Saturday to take him to a family reunion. When he arrived, his son and the other four had all been killed.

Bell and Belmar released few details about the killings and refused to say how the suspects were connected to the victims or what led up to the shootings.

"It's still an ongoing investigation," Bells says. "There will be a time and a place where can discuss that in more detail."

Editor's note: This story was updated after publication with additional information.