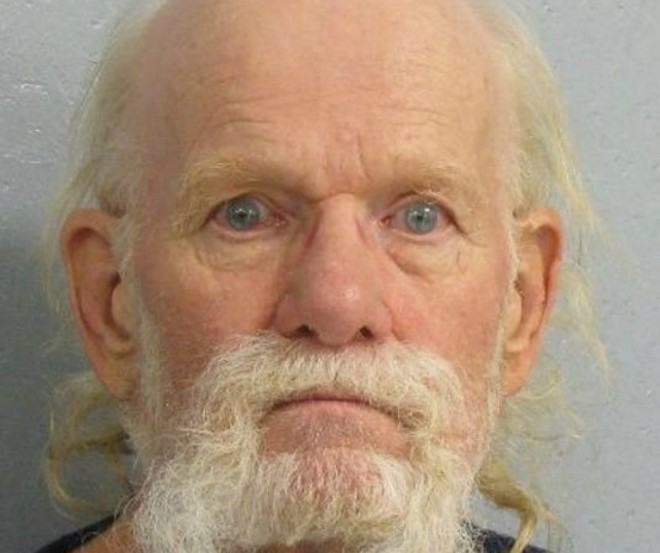 In the past month, more than 30,000 people have signed an online petition in hopes of persuading state and federal politicians in Missouri to advocate for the early release of Charles Frederick White.

Members of an Ozarks-based drug task force searched White's property in 2012 and discovered a large growing operation. In a pair of sheet metal barns, set back in the woods about an hour north of Springfield, investigators counted more than 1,700 plants neatly arranged on tables under lights.

White eventually pleaded guilty in 2017 to the federal crime of conspiracy to manufacture more than 1,000 marijuana plants.

During a remarkable sentencing hearing that September, a U.S. district judge in Springfield noted White's failing health and told him he had tried to find any avenue that would allow him to impose a lesser punishment than the ten-year minimum.

"I postponed your last sentencing hearing because I did a lot of independent research, frankly, to try to find a way around the minimum sentence, including calling the U.S. Sentencing Commission and asking for input if there was a way to get around it," Judge Douglas Harpool told White, according to a court transcript.

But Harpool ultimately concluded he had no other option under the law. White had at least three prior marijuana convictions that prevented other alternatives, the judge noted.

Harpool did, however, suggest one possible ray of hope. As part of his sentence, the judge encouraged the federal Bureau of Prisons to consider seeking "compassionate release " for White, whose health was bad and getting worse.

If the Bureau of Prisons were to evaluate White and make such a request, Harpool said, he "would be inclined to approve any request for compassionate release under certain terms if presented to me... "

So far, it has not played out that way. White sought a compassionate release shortly after his sentence. His eyesight has gotten progressively worse in recent years due to macular degeneration, and he also struggles with bad knees, high blood pressure and Hepatitis C, among other problems.

The Springfield News-Leader, which has covered the case extensively, reported last month that Harpool rejected White's motion for a couple of reasons. First, White needed to serve at least half his sentence to be eligible. And Harpool added that a compassionate release for a medical condition was an "extraordinary and rare event," and he did not think White's health was that bad yet, the newspaper reported.

A Change.org petition in support of White launched the day after the story published.

"This man has not hurt anyone while child molesters walk free a 79 year old half blind man will spend probably what's left of his life in prison," the online petition reads. "We cant fix the world but we can start by fixing the justice system."

Ultimately, however, the petition is only a request. White can make another request in the future. For now, he remains at a federal prison in Leavenworth, Kansas.