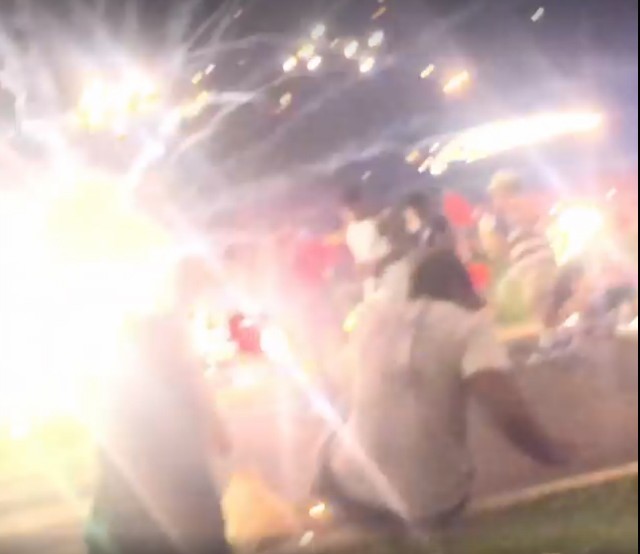 An errant fireworks mortar shell in Webster Groves exploded within feet of a terrified crowd of families and kids, injuring eleven people.

The blast happened about thirteen minutes into the twenty-minute July 4 display, according to city officials. The city has canceled a second night, planned for Saturday, as it conducts a review.

The night began normally enough as people enjoyed the first half of the show, put on by Iowa-based J&M Displays. A video posted on YouTube shows glittering explosions high in the night sky. But then something happens. A child can be heard saying, "Uh, oh." Moments later, people in the crowd scream as the mortar shell hurtles toward, exploding in the grass.


In a news release, Webster Groves officials say there was a problem with one shell exploding, causing a second shell tube to fire horizontally toward the crowd. The city says it had set up a perimeter around the launch site of 340 feet — well beyond the 210 called for by the National Fire Protection Association.

The three-inch shell the distance to a safety fence, where it exploded, sending burning fragments into the crowd. The extent of the injuries were not immediately released.