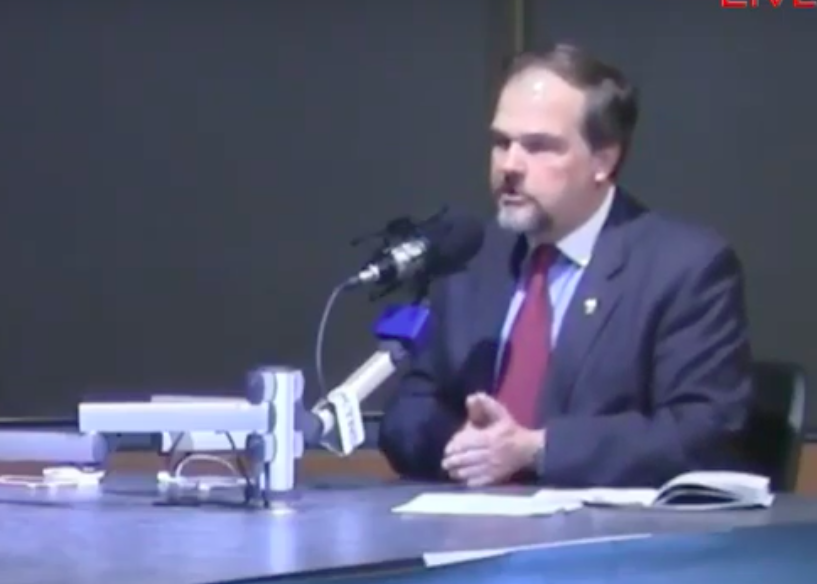 On June 25, four of the five members of the St. Louis County Council voted in favor of a resolution declaring June as Pride Month.

"Among the many aims of Pride Month are promotion of self-affirmation, dignity, equal rights, and celebration of the LGBTQ community," the resolution states.

It was the first time the councilman, who also works as a sales manager at McBride & Son Homes, has abstained from a resolution about Pride. But he has never previously voted "yes" on such resolutions in his four years on the council.

On June 19, 2018, Harder was present at the meeting, but was absent from voting on a resolution "extending appreciation to Pride St. Louis, Inc. for its service to the community throughout the year, as well as best wishes for a successful 2018 PrideFest and Grand Pride Parade," records show. On June 20, 2017, it was the same story.

The 2019 resolution, c0-sponsored by Councilman Tim Fitch, a Republican, and Councilwoman Lisa Clancy, a Democrat, states, "The County Council expresses both their support for PROMO's advocacy on behalf of the LGBTQ community in Missouri, and best wishes for a successful Pride Month."

PROMO is a statewide organization advocating for LGTBQ equality. The resolution says its vision is a state where "everyone has full equality in the hearts and minds of citizens and in all areas of the law, regardless of sexual orientation, gender identity, or gender expression."

It also notes that 2019 marks the 50th anniversary of the Stonewall riots, "which were powerful responses to discrimination and violence faced by the LGBTQ community, as well as to recognize the on-going efforts of those in the LGBTQ community to advocate for their rights."

Abstaining from a vote is only permitted if a member feels they have a conflict of interest. Harder, the chair of the Economic Development committee and Government Reform and Efficiency committee, did not respond after an interview request was left with an assistant at his office. Later reached by text Monday, he said he was in a meeting, then failed to respond despite further attempts at a follow-up. The council, which usually seats seven members, is currently composed of five members. When County Executive Steve Stenger resigned in April after a federal grand jury indicted him in a pay-to-play scandal, Sam Page became the county executive. His seat representing the county's 2nd district is currently open, as is the first district seat previously held by Hazel Erby. Erby resigned to join Page's administration, working on issues of diversity and inclusion.