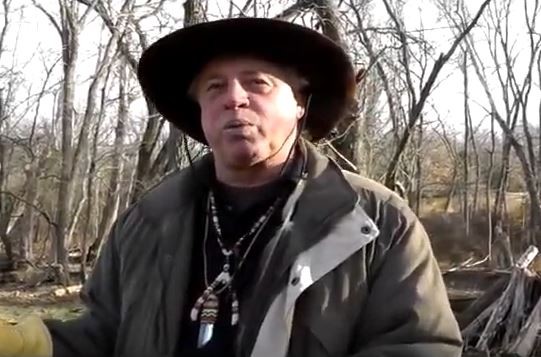 St. Louis has removed five businesses from its list of certified minority-owned firms. The move comes after those companies were featured in a massive L.A. Times investigation that revealed how businesses use "unsubstantiated claims" of Cherokee ancestry to land contracts intended for minorites.

Milking affirmative action programs has proved lucrative. Times reporters Adam Elmahrek and Paul Pringle found that federal and state authorities have awarded more than $300 million through minority contracting programs since 2000 — and in St. Louis, some of it has gone to firms that claim Native American ancestry without qualifying under current federal criteria.

St. Louis is front and center in the Times story. Of the fourteen questionable companies analyzed, four are based in St. Louis and one in Union, Missouri. All five scored contracts with the city.

In response, a city spokesman says St. Louis "has already begun more critical reviews" of companies which claim Native American heritage to qualify as a minority-owned business. That includes returning an application for minority status submitted by a company that failed to produce a tribal identification card from a federally-recognized tribe.

Even before the Times story was published on June 28, city officials were scrambling to get ahead of the news. On June 6, the city board that regulates certifications for minority-owned businesses met and took action to decertify five companies, although that process is on hold for now pending possible legal action.


CCI Environmental Inc., Global Environmental Inc., Premier Demolition Inc. and D.W. Mertzke Excavating & Trucking, Inc. — all of greater St. Louis — had all claimed heritage through a Cherokee tribe not recognized by the federal government, the Times story revealed. So did Taylor Electrical Service of Union, Missouri.

They are a small fraction of the 550 companies certified by St. Louis city as minority-owned business enterprises, or MBEs. Most of the total are black-owned businesses; the five that lost certification are among just twelve that had registered as being owned by Native Americans.

On Monday, St. Louis city counselor Julian Bush confirmed to RFT that city officials "came to have qualms" over whether the five companies "truly were American Indians" as defined by city statutes.

Take Bill Buell, the owner of Premier Demolition. From the Times story:


[Buel] has no verifiable claim to being a member of a minority group. His ancestors are identified as white in census and other government records. And his claim to being a Native American rests on his membership in a self-described Cherokee group that is not recognized as a legitimate tribe.

Instead, the Times revealed, that aid has also gone to companies whose owners claimed ancestry through groups like the Northern Cherokee Nation, or NCN, a tribe headquartered in the tiny rural town of Clinton, Missouri.

In its opening lines, the Times story highlighted how, in 2017, the office of St. Louis Mayor Lyda Krewson announced a $311,000 contract to Premier Demolition, described at the time by the St. Louis American as "a local minority union contractor."

That's not how the city sees the company today, and the $311,000 payout is no longer an example of a successful affirmative action program, but an embarrassing oversight.

The board in charge of approving MBE certification for St. Louis contractors is based in St. Louis Lambert International Airport. (It's strange, yes, but makes a certain amount of sense, since so so much of the city's contracting work is connected to maintaining the airport.)

In an email, airport spokesman Jeff Lea says that the board, known the Program Review Committee, concluded that "the Northern Cherokee Nation was not recognized by the Bureau of Indian Affairs" and therefore companies claiming tribal affiliation "are ineligible for participation in the Local Program and must be decertified."

Lea added that the board's actions were limited only to the certification, a scope that did not address "evidence or [statements] regarding any acts of misrepresentation on behalf of the certification process."

Lea acknowledges, though, that the city of St. Louis approved minority-owned businesses without seemingly understanding the laws that governed them. After a federal policy change in 2011, Lea says, St. Louis officials "did not reexamine the minority status of any of the firms after the initial certification."

Curiously, Lea's statement claims St. Louis "initially relied on the State of Missouri’s approval of the Northern Cherokee Nation membership as a basis for Native American status" — even though the Times cites statements by both Missouri's Secretary of State and Attorney General saying the state never gave such approval. (The faux tribe has apparently been recognized through resolutions passed in the Missouri General Assembly, although those resolutions are non-binding and not equivalent to passing a law.)

And if it's any consolation, when it came to parsing claims of Cherokee heritage, it wasn't just St. Louis officials caught flat-footed: One Missouri company's owner, who claimed 1/16th Cherokee blood and membership with NCN, ultimately received $19 million in federal contracts, including work on a Native American museum in Kansas City. That's even though, again, NCN isn't a federally recognized tribe.

The Times bombshell sheds light on a failure of government officials at every level. But it's also devastating in its depiction of the business owners who benefited; the piece's authors go to great lengths to blow up the cover stories offered by the company owners and tribal leaders. It takes more than "family stories" to prove tribal membership, and the Times investigation doesn't just find conflicts in present-day records, but taps experts and genealogy records to aid in the fact-check.


In an email to The Times, [owner Randal McKinnis] said his great-great-grandfather was listed on a 19th century Cherokee census. The person on the Cherokee census had the same name as McKinnis' ancestor, but census records show McKinnis is not related to him.

Asked about the discrepancy, McKinnis said a cousin gave him "bad information" about his great-great-grandfather, but he said an uncle's DNA test proved the family was Native American. He declined to provide the result to The Times. [emphasis added]

Closer to home, take Vicki Dunn, owner of the Berkeley-based Global Environmental, whose Cherokee ancestry through NCN brought the company $4.1 million in federal minority construction contracts and another $80,000 from St. Louis city. The Times reports:


Dunn's ancestors are identified as white in census and death records reviewed by The Times. The Cherokee Heritage Center genealogist said his research found no Cherokee ancestry for Dunn, who did not return phone calls seeking comment. [emphasis added]


That said, determining what makes a particular claim to Native American heritage "real" or not is a highly fraught subject. Even the three federally recognized tribes maintain different standards for membership. In general, though, authentic Cherokee membership is often traced to specific documents compiled by the federal government in the early 20th century.

That's not the case with NCN. According to the Times, chief Kenn "Grey Elk" Descombes claimed to possess "a secret Cherokee ancestry roll that is kept in a bank vault." He apparently declined to provide it to the reporters, saying, "We would never let anyone get their hands on it. … It's not for white people."

Overall, Descombes does not come off particularly well in the Times story. The very next paragraph describes him making a seemingly abrupt racist comment about other minority contractors:


Asked whether NCN members should benefit from minority contracting programs, Descombes said they should, and he then called African American contractors "professional liars and thieves."

Still, St. Louis attorney Matt Ghio contends that NCN should be considered legitimate. Before the June 6 meeting of the St. Louis' board, Ghio contacted the city and threatened to seek a federal restraining order. And while the meeting ended in a formal decision to decertify Premier Demolition, CCI Environmental, Global Environmental, and DW Mertzke Excavating & Trucking, the threat by Ghio put the city on difficult footing.

Instead of dealing with a rapid (and likely expensive) legal battle over a temporary restraining order, city counselor Bush tells RFT that St. Louis "agreed to stay enforcement of the decertification, pending the federal lawsuit."

For now, that means the four companies Ghio represents can continue to claim to be city-certified as minority-owned businesses. Reached by email Monday, Ghio declined to comment on the record, though he did say that his clients have yet to sue. Still, city officials believe it's likely coming.

In an interview, Bush summed up the city's position: "We're just waiting for them to file a lawsuit."