'Are You Crazy?' Here's Why a Democrat Wants a Job in Jefferson City 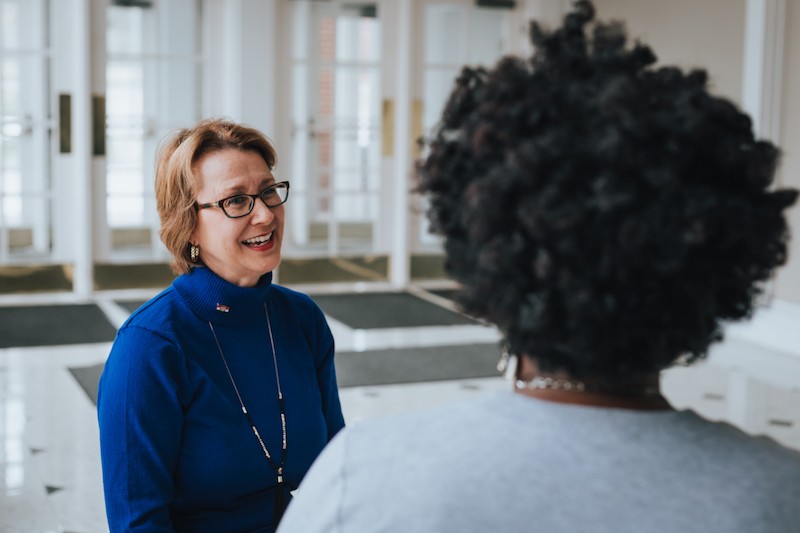 This spring, I made my official entry into state politics. From all corners, I was warmly received for embracing a rare opportunity — a special election in Missouri’s 99th House District — that I’ve spent years preparing myself for.

Yet the issues that spurred my decision to run received little mention from friends and family. Perhaps that’s because I’m interacting with people who know me and know my positions. Perhaps folks had Googled my name and read my letters to the editor or seen what issues I’ve been involved in (if you don’t have the time, they are voting rights, LGBTQ inclusion, gun violence and racial justice).

Or maybe it’s because the prevailing sentiment around state government is, well, less than optimistic.

These are the questions/comments I faced when attending church a few weeks ago. Some are paraphrased because the individuals spoke “at length”:

“I’ve known many people trying to get in with the best intentions not knowing what’s really working against them.”

“I work as a private contractor down at the Capitol building and it’s another world down there that doesn’t make sense.”

“I got out of the political world after 2018. I couldn’t take it anymore.”

But I was also met with:

“I wish you were in my district so I could vote for you.”

“I’m so glad you’ve decided to run. It makes sense given all you’ve been doing here at church.”

In my own way, I suppose I’m not so different from those asking questions. After studying political science at the University of Tulsa, and interning in Washington, D.C., shortly thereafter, I also stepped away from the political world for some time. Work, then my two children took precedence, before the tragic shooting of Michael Brown spurred me back into action as a volunteer and activist.

Time and time again, I was asked to run for office and said no. I’ve learned that, on average, a woman has to be asked fourteen times to run before agreeing. It may well have been the fourteenth try that got me.

Why did I say no? Perhaps it’s because Jefferson City and the legislature feels so far away. As a resident of the 99th District for 25 years, my concerns were Parkway bond issues, church inclusion initiatives and where the heck my kids were (the car had to be home by midnight), not Republican threats to the state’s open records law.

It strikes me that the division between legislators and their constituents is a timeless one. Though we only reside two hours from our representatives, the drive couldn’t feel longer when attempting to sift through consistent majority efforts to mask political agendas and side-step the will of voters like you and me.

In an age where information is readily accessible online and in print, the dust created by Republican rule continues to cloud our understanding of crucial issues. It’s as though we’re still receiving all of our political information from paper leaflets and candidates preaching atop overturned box crates.

Though there is equity in claiming the mantle of a “political outsider,” it is a sad truth. As voters and citizens, we should all be insiders, voting and organizing with a keen understanding of how our actions impact our neighbors and Missourians in every corner of the state.

It's important to know the issues because they happen to people, like attacks on reproductive health and lax gun laws that threaten our safety or the specifics of a city-county merger which could affect racial equity for generations to come.

That’s why I hope to serve as a spotlight for the 99th District — encompassing pieces of Manchester, Twin Oaks, Valley Park and unincorporated St. Louis County — to provide an understanding of how my state office addresses issues and how it strives to serve residents of every color, creed, faith and fortune.

I know this matters because I, too, have been underwhelmed.

Now, I’ve got to get back to work on my campaign and try to forget what folks asked me when I began thinking about running nearly five months ago.

“How do you feel about fundraising?”

Trish Gunby grew up in the 99th District and returned there to raise her family. When not running for state office, she can be found with her husband Mark, a physician, or her two children, Kyle and Bryn, at a Cardinals game. (This isn’t pandering, she’s a true fan.) You can learn more about her campaign at www.trishgunby.com or reach her at votefortrish@gmail.com.

The RFT welcomes concise essays and op-eds on topics of local interest. Contact tips@riverfronttimes.com if you've got something to say.