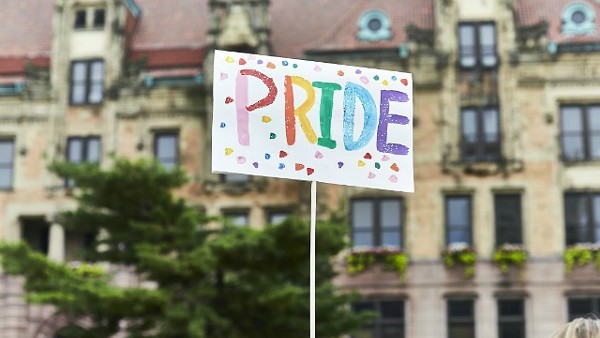 One month after being named the grand marshal of St. Louis' downtown Pride parade, the Metro Trans Umbrella Group, or MTUG, is pulling out.

"We are disappointed in the decision to have uniformed law enforcement officers march in the Pride parade," MTUG Executive Director Sayer Johnson says in a statement. "Our struggles against police brutality have not ended in the 50 years since Stonewall. Transgender people in our community and throughout the country continue to experience trauma and harassment from police."

The back-and-forth over police presence in the June 30 Grand Parade has cause a major divide in the local LGBTQ community. Pride STL, which organizes the festivities, faced massive backlash after announcing uniformed officers would not be welcome. The decision to drop the cops was made in honor of the 50th anniversary of the Stonewall Riots, which began when New York City police officers raided the famed gay bar and patrons fought back.

Across the country, organizers of Pride parades have struggled with whether to include officers. Some believe marching with the police shows progress. But people in the trans community in particular have complained about ongoing mistreatment by police, even as trans people are targeted for violent crime.

In St. Louis, those feelings were amplified by the death of Kiwi Herring, a trans woman who was killed by city police in 2017.

Pride STL's decision to exclude officers was seen by MTUG and others as a sign that the larger LGTBQ community was paying attention to trans people and their concerns. But that changed last week when Pride held a joint news conference with Mayor Lyda Krewson and St. Louis Public Safety Director Jimmie Edwards to announce they were rescinding the ban and would welcome uniformed officers.

"We concluded after months and weeks of lengthy discussions and debate and also listening to our community, that we will welcome LGBTQIA Police Officers and allies to walk in uniform in the 2019 PrideFest Parade June 30th downtown," Pride said in a statement after the reversal.

Krewson said the city had asked Pride to reconsider but did not pressure the organization to change its stance.

At the time, MTUG said its leadership was "at a loss for words" and hadn't yet decided how to respond. With the parade four days away, the organization announced on social media it would not participate and called on allies to focus on liberation instead of a parade.