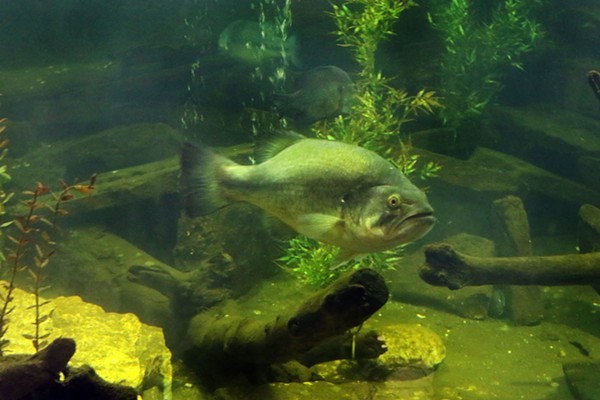 Two weeks ago, the city condemned the World Aquarium (810 North Third Street), citing unsafe facilities and a failure to receive the proper building permits. Now People for the Ethical Treatment of Animals (PETA) is raising concerns about the future of the animals who have been housed there.

The not-for-profit aquarium, which moved from the City Museum to its current location in Laclede's Landing in September 2015, has until June 27 to move all of its animal tenants out of its facilities.

"After confining animals to tiny, barren enclosures and allowing the public to harass them, the World Aquarium owes them retirement to a good home," PETA Foundation Supervising Veterinarian Dr. Heather Rally said in a statement Monday. "PETA is calling on the World Aquarium to guarantee that these animals are sent to clean, safe facilities."

PETA says it will be protesting in front of the shuttered aquarium beginning at noon today, June 25.

Stephanie Downs, a volunteer with PETA, says the organization has called Leonard Sonnenschein, president of World Aquarium, and emailed multiple times, offering help. Other reputable organizations have as well, she says.

Their calls, she says, have been met with silence.

Sonnenschein, however, disagrees. He shares emails with the RFT showing he did reply — just not to the group's liking.

Melanie Johnson, PETA's senior campaign coordinator for animals in entertainment, twice emailed Sonnenschein earlier this month. She asked that he work with PETA to send the animals to "reputable facilities that can meet their unique and complex needs and provide them with the care they desperately need."

Sonnenschein replied to the second message, thanking her for the offer. He added that "we are considering many alternatives" and asked that she "please be specific" about the homes, criteria for selection, transportation and other terms. Then he wrote he'd be traveling for the next two weeks. Johnson responded, asking for a phone call, but so far no such call has taken place.

PETA says it's worried on the animals' behalf.

"Is he selling them? That's our biggest fear," Downs says. "Are they going to end up in somebody's basement? We don't know."

Downs also claims she has spoken to people who work at the aquarium. She says they told her that Sonnenschein is "selling the inventory."

Sonnenschein, however, says most of the animals have been "re-homed," and even those animals who have not yet been placed do have a home. He adds he must get permission to release more information. When the animals are comfortable in their new homes, he says, and the institutions housing them are ready, a joint release to the public will happen. He adds that the World Aquarium has a veterinarian supervising its efforts, and is following state and federal regulations.

PETA, he says, has made "threats to do things" to his organization, though he wouldn't share specifics. (He also believes the organization previously tried to infiltrate the aquarium by sending its associates to apply for jobs.) The aquarium's legal counsel, he says, suggested that he ignore its assertions.

"We don't respond to people who use hearsay and innuendo as a method of messaging," he says. "I don't talk to people who slur and slander."

He also believes the St. Louis Aquarium at Union Station, set to open late in 2019, perceives his not-for-profit aquarium as competition, further incentivizing the city to condemn his building. In fact, he says it is in their best interest that the World Aquarium does not exist.

Sonnenschein says his aquarium, while open, was mostly visited by an "underserved" population. He says these visitors were people who could not afford to pay much.

"These are people who can afford to pay $8 for adults or $6 for children," he says. "And they love it. So now that we're closed, who is going to serve these underserved people?"

Downs, however, says this very relationship with the public calls for greater transparency.

"It's a non-profit so it's been supported by the public for decades," she says. "We feel that they owe it to them to say where these animals are going."