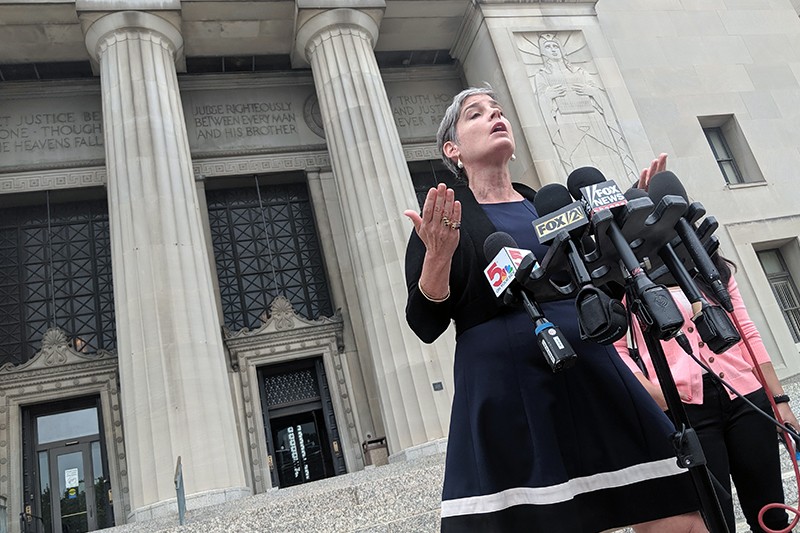 Missouri's top health official says that Planned Parenthood will no longer be required to perform pelvic exams on women 72 hours before they get an abortion, which had been coupled with a second pelvic exam on the day of the procedure. It's a requirement that M’Evie Mead, the director of Parenthood Advocates of Missouri, called "state-mandated sexual assault" at a press conference earlier today. Mead credited "tremendous outrage and criticism from the medical community" for the change.

On Wednesday, CBS News broke the news that Planned Parenthood doctors would defy the "unethical" state regulation, which meant women seeking abortions were actually subjected to two pelvic exams: one at the time of the state-mandated "informed consent" meeting, and the other 72 hours later on the day they actually got an abortion.

That state's policy, Mead said, had "harmed over 100 women" who underwent the two pelvic exams at Planned Parenthood before doctors there concluded that it was unethical to continue adhering to the state regulation. Now, the state is recognizing the doctors' resistance.

"For that reason," Mead said, "today is a win for women."

Mead made her remarks during a press conference following a 10 a.m. court hearing in St. Louis, the latest in the pitched legal battle over the fate of Missouri's last operating abortion clinic, located in the city's Central West End neighborhood.

While the clinic remains open for now on judge's orders, at 9:30 a.m., the Department of Health and Senior Services, or DHSS, finally issued a formal denial of the clinic's abortion license. It was a move health officials had initially resisted, opting to simply let the license expire.

But that didn't cut it with St. Louis Circuit Court Judge Michael Stelzer, who on June 10 ruled in favor of Planned Parenthood, granting the organization an preliminary injunction that allowed the clinic to continue providing abortions even after its license had technically expired. Stelzer also gave DHSS a deadline — today — to issue a decision one way or another on the clinic's license.

In court, Stelzer said that DHSS's license denial meant he now has more work to do. The judge told attorneys that he would issue a new order "in the near future," but that it would not be today.

Update, June 24: In a ruling issued Monday, Judge Stelzer ordered Planned Parenthood to take its case to the state's Administrative Hearing Commission. The ruling came with yet another extension to the injunction, thus preserving Planned Parenthood's abortion license. That extension runs out on Friday, June 28.

End of update. The original story continues below:

After the court hearing adjourned, DHSS director Randall Williams held a press conference of his own in Jefferson City. Explaining the license denial, Williams referenced the department's claim of 30 deficiencies related to the clinic, including one patient who required three abortions in three days before the procedure took. He said another woman was found to still be pregnant five weeks after obtaining an abortion.

Williams noted that such "failed abortions" are a very rare complication. That case, among others uncovered by the department's investigation, required the state to deny the clinic's abortion license, he claimed.

"We feel we have a duty to prevent future harm," he said, "and to make sure there's nothing systemically going on."

On the issue of pelvic exams, Williams said that the state requirement dated back to a 1988 law. However, after the Missouri legislature passed waiting period laws the over the succeeding decades, "the requirement for [the pelvic exam] moved with them," first to 24 hours, and then 72 hours before the abortion.

"Planned Parenthood chooses to do their pelvic exam on the day of surgery. That is not what is normally done," alleged Williams, who in addition to director of DHSS is a licensed OB/GYN. He suggested that if Planned Parenthood had simply done their exams three days before any given abortion, the state wouldn't have objected: "There's never been a law that you have to have two [pelvic] exams."

But since Planned Parenthood was doing the exam the day of, the state had required one during the consent period as well. That's going away. Williams conceded that, as a clinician himself, he is "sensitive" to concerns from doctors that it is burdensome to put patients through two pelvic exams. That's why, he said, the department is issuing an emergency order to allow the the clinic to defer the pelvic exam to the day of the procedure, as long as doctors "using their clinical judgement think there is a medical reason to do that."

However, in Planned Parenthood's estimation, Williams is flat wrong on the medical necessity of a pelvic exam conducted days before a procedure.

"There's no medical relevance to that," said Planned Parenthood spokesman Jesse Lawder earlier today. "We do it right before the procedure. That's when you find out how to proceed. The body organs shift, so doing it three days out, we would still have to do it again. That's how we got to two pelvic exams."