Found in a High School Restroom: Cache of 1940s Wallets and Their Contents 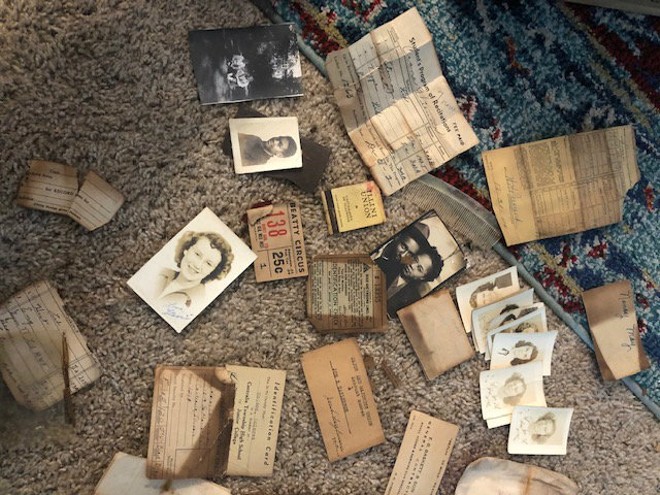 Some people dig up time capsules from deep within the ground, learning details about a past time. But one plumber in Centralia, Illinois, stumbled upon 13 wallets and a potential unsolved theft from the 1940s in a women's restroom.

Pastor Seth Baltzell was demolishing the former Centralia High School, restoring it into an outreach center and church, when a plumber cut into a brass vent cover behind a toilet.

"When he did, a bunch of wallets fell out," Baltzell says.

The 38-year old Centralia native said the plumber threw them in a box, opened up the other vent covers, and found some additional items from the mid-to-late '40s. Inside the women's wallets, the pastor says they have found Missouri tax tokens, social security cards, circus tickets, love letters and pictures of men dressed in military garb. They even found a student pilot permit.

One item they did not find, however, was cash.

"The best we can figure is, in the '40s we had someone nabbing wallets," Baltzell says. "I guess that seemed like a good spot to get rid of the evidence."

With World War II having recently ceased, and the Great Depression having ended less than a decade before these wallets are dated, Baltzell says the findings shed light on an interesting time period.

Intrigued by the findings, Baltzell says his first thought was how he might return these "heirlooms" to someone for whom they'd hold a lot of meaning.

"You never know the story behind someone's family or what was in there for someone," he says. "Maybe a picture could mean a whole lot."

"My goal was to have some reconciliation or redemption in this situation," he added. "Maybe it's important to somebody."

He turned to Facebook. And, as it turns out, the findings are important to some people. With more than 2,000 shares and more than 300 comments, the pastor's post caught the attention of relatives, friends and former co-workers of the item's owners. A Florida woman contacted Baltzell, saying one wallet belonged to her late mother. He says he has plans to meet one of the other women, still alive, who once owned one of the wallets.

The experience hasn't just been meaningful for the families. A "history dude" himself, Baltzell loves restoring old things, which is why he's building his new church in the old high school. After moving back to Centralia seven years ago with his wife, he opened his church in his former elementary school. When the church outgrew that space "like crazy," he bought the building belonging to his former high school. He's now worked on the project for six months, and says the first few months were a little emotional. 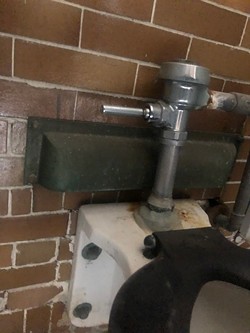 Behind the first set of lockers he removed, he found a student ID that had belonged to a friend. Recently, he found an exam paper written by one of his best friends.

"I remember leaving there in 1998 thinking, 'Forget this place. I ain't ever coming back here,'" he says. "Then to be in part of the ownership of it and the restoration of it, tearing down the walls — it's been for sure an emotional experience."

He's had some help with the demolition from other alumni, including some who had a tough time at the high school, having had emotional and even abusive experiences. "To come back and take aggression out or maybe some pain out with a sledgehammer has been kind of therapeutic for some people," he says.

Planning to be finished with the project by Christmas, Baltzell says he expects to find more antique items, and that he'll continue to update his Facebook page with any interesting findings. Anything that goes unclaimed will be taken to the Centralia Area Historical Museum.

"If anybody has any information or wants to reach out, if anybody's interested in history, we're certainly open to share what we have with anybody else," he says.

It goes to show: You never know what you'll find in the restroom.