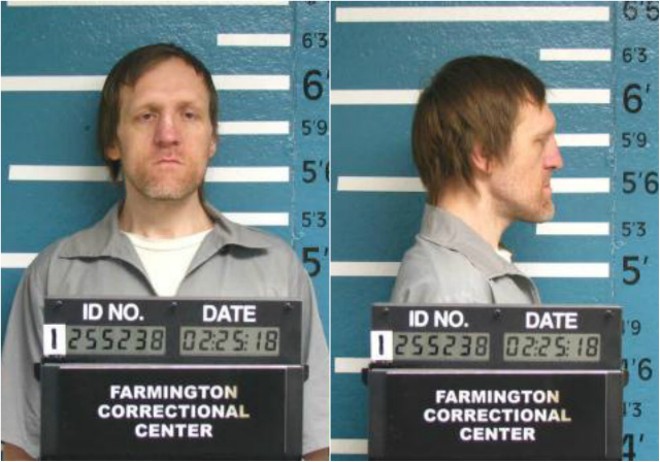 A man accused of threatening to commit a mass shooting at the Pride St. Louis festivities is a sex offender with a long criminal record.

Edward Terry, 49, was arrested yesterday and charged with making a terrorist threat. He is accused of sending Pride an email, saying he would "come to pride fest with my guns to kill every gay person I can before I kill myself," according to court records.

The ex-con's last known address was for a house in Overland, but police say he was recently kicked out. He later admitted he sent the threat through an email account he created in the name of a woman with whom he used to live, court records say.

Pride reported the frightening message to the FBI, and law enforcement investigators were able to trace the bogus email account to Terry. He had used his cell phone number to create it, authorities say.

Terry is on Missouri's sex offender registry for the aggravated sexual assault of a 43-year-old woman in 1995 in Springfield, Illinois, according to state records. He has been arrested multiple times in the past six years.

In 2013, he pleaded guilty to visiting a University City park with a playground in violation of his sex offender restrictions.

In 2015, St. Louis cops arrested him for stealing a used Oldsmobile from a car dealership next to Tower Grove Park. He was also arrested the same year for stealing more than $2,100 in collectible coins in Jefferson County.

While he was being held in jail on those two cases, he underwent a psychological evaluation and was deemed fit to stand trial. He wrote a letter from jail to the judge, begging for an order of protection because, he said, he had been severely beaten by another inmate and sexually assaulted.

He was later sentenced in the 2015 cases to seven years in prison. But he was soon back out on the streets. He was arrested in February and accused of stealing $918 from a daycare in Creve Coeur where he worked as a janitor. That case is still pending.