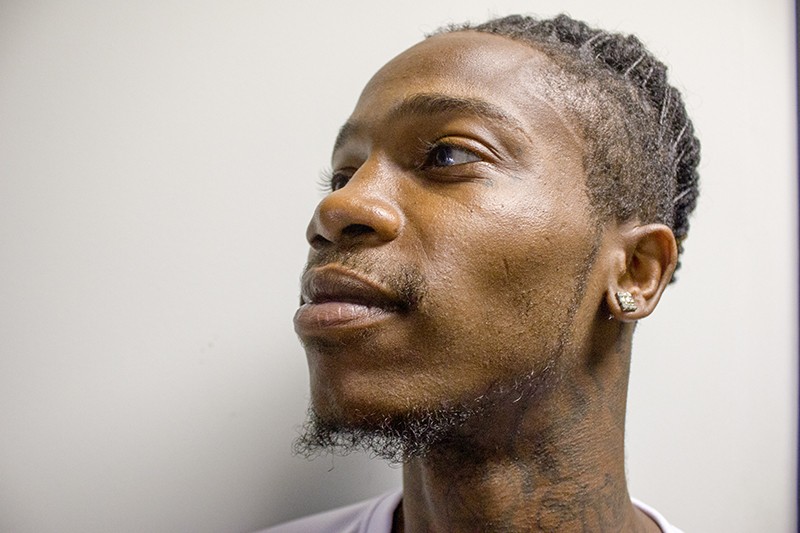 After more than seventeen months of silence, a federal appellate court has ruled that Dorian Johnson cannot sue the Ferguson cop who confronted him and Michael Brown on August 9, 2014.

It was a confrontation that ended in Brown's death and months of protest. For Johnson, who witnessed the shooting, the incident forced him into hiding and upended his employment and family life. Johnson later sued, alleging that then-Ferguson officer Darren Wilson had violated his constitutional protection against unlawful search and seizure.

At least at first, a three-judge panel of the Eight Circuit Court of Appeals agreed with Johnson. But in 2017, lawyers for Wilson and the city of Ferguson, which is also named in the suit, pushed back: They asked for Johnson's case to be taken up by the full appellate court.

That court returned its long-awaited verdict Monday. In contrast to the 2-1 ruling in favor of Johnson in 2017, the full eleven-member appellate court concluded that even if everything Johnson said about the incident is true, Wilson's actions still don't meet the standards for unlawful seizure.

In Johnson's telling, he and Michael Brown were walking on Canfield Drive when Wilson, who was driving a police SUV, shouted at them, "Get the fuck on the sidewalk," and then blocked their path with his vehicle.

Writing for the majority in the 7-4 decision, Judge Roger Wollman noted, "Johnson’s complaint concedes that neither he nor Brown was ordered to stop and to remain in place."

The ruling continued, contending that Johnson's ability to leave while Brown and Wilson wrestled through the window of the SUV meant that Johnson was not really seized by Wilson. (Johnson's attorney did not respond to our attempts to reach him for comment on Monday.)

"Johnson’s decision to remain by Brown’s side during Brown’s altercation with
Wilson rather than complying with Wilson’s lawful command to return to the
sidewalk was that of his own choosing," Wollman wrote. "That he was able to leave the scene following the discharge of Wilson’s weapon gives the lie to his argument that the placement of Wilson’s vehicle prevented him from doing so."

It's worth noting here, again, that the appellate court isn't adjudicating the actual events of that altercation. (A controversial grand jury process in November 2014 ended in no indictment against Wilson.) Instead, the Eight Circuit judges were weighing the fine distinctions of legal precedent and constitutional interpretation.

It's a matter of debate, legally speaking. Writing in dissent, Judge Michael Melloy — who previously authored the 2017 ruling in Johnson's favor — noted that the Eight Circuit has a history of setting a "high bar" for determining when police conduct crosses a line into unlawful seizure. In a 2014 case, Melloy wrote, the court had concluded that no seizure had taken place even after a cop "pulled his vehicle alongside the defendant, shined a flashlight on him, and yelled 'Police!'"

In Johnson's case, Judge Melloy argued that Wilson's alleged roadblock and language signaled to Johnson that he was not free to go. For Melloy and the three dissenting judges, the fact that Johnson stopped walking was enough to meet the standard for an unlawful police seizure.

The court's majority, this time, did not agree.