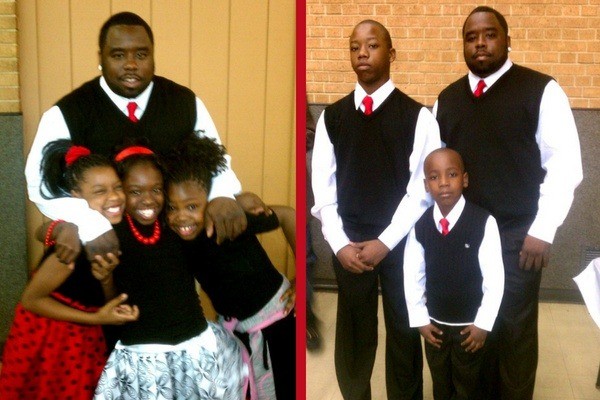 Milton Green was shot by a fellow St. Louis cop after a police chase cut through his street in the city's North Pointe neighborhood.

Green, who was off duty and working on his neighbor's car in their shared driveway, identified himself as police. But an officer responding to the situation ordered him to drop his weapon and get on the ground.

After Green was permitted to get up and retrieve the weapon, he began giving detailed descriptions of the suspect, badge in hand. That's when a second officer approached, shouted at Green to drop his weapon and then shot him. According to the lawsuit Green filed in federal court today against the city and officer Christopher Tanner, Tanner shouted his command and "simultaneously" shot Green, giving the officer no time to comply.

Green is black. Tanner, the police officer who shot him, is white. In the words of Green's lawsuit, "The racial implications of how Officer Green has been treated cannot be ignored."

That's not just the shooting, explains Javad Khazaeli, a partner at Khazaeli Wyrsch LLC, which filed suit on Green's behalf. It's also what happened in the aftermath — a series of actions that Khazaeli says have left a respected twelve-year veteran of the St. Louis Metropolitan Police Department broke and traumatized.

As the suit details, Green's arm was permanently damaged in the shooting. He underwent eight X-rays, emergency surgery and six months of physical therapy. "He continues to struggle with tingling, pain and weakness in his fingers and arm, which prevents him from grabbing and lifting things," the suit explains. Yet two years later, his pension claim has yet to be adjudicated.

"It is typical for SLMPD officers injured in the line of duty to quickly have their pension claims heard and granted," the suit says. "However, the process for Officer Green has dragged on." A pension board hearing scheduled for February was rescheduled after the department announced it had "a theretofore unknown second police report about the incident," the suit says. The department has refused to provide that report to Green, Khazaeli says, and cross-examined him at a hearing last week for an hour and a half.

He's had to turn to GoFundMe to cover household expenses. And he's still waiting for a ruling.

"It's clear the city has been attempting to delay and manipulate their process because they know the statute of limitations for some of these claims expires on Friday," Khazaeli says. "That's why we have to move forward."

Tanner, meanwhile, appears to have suffered no ramifications for shooting his colleague, the suit says. He "only faced administrative leave" in an investigation that didn't even involve interviewing Green, the suit claims. And the internal affairs investigator who conducted the probe, the suit notes, is the father of Tanner's partner. (Incidentally, the investigator is Steven Burle, whom RFT readers may remember from our coverage after he was caught on video calling a fellow motorist a "fucking jackoff.")

The primary union for police officers, the St. Louis Police Officers Association, raised $2,000 for Tanner, the suit says. But it has never held any fundraisers for Green. That's even though, as the suit details, the department held a Blues watch party fundraiser for William Olsten, a St. Louis cop facing criminal charges for allegedly attacking a man he'd argued with at Bomber O'Brien's bar.

Says Khazaeli, "We've seen how the St. Louis Police Officers Association has rallied around white officers who've been accused of violating the rights of citizens. We are both surprised and shocked that Milton, who by all accounts did nothing wrong — and whose career was destroyed when he reacted the way a police officer is supposed to react — has received virtually no support compared to these other officers."

Green's wife has moved out, the suit says, and he is now "drowning in bills," with his home facing foreclosure. His children — which include a fifteen-year-old daughter, who saw Green lying on the ground bleeding after being shot — have required therapy.

In his lawsuit, Green is alleging unreasonable seizure, excessive force, battery, negligent infliction of emotional distress and failure to train and supervise.

A spokesman for the police department said it would have no comment on pending litigation. We'll update this story if we hear back from the city.