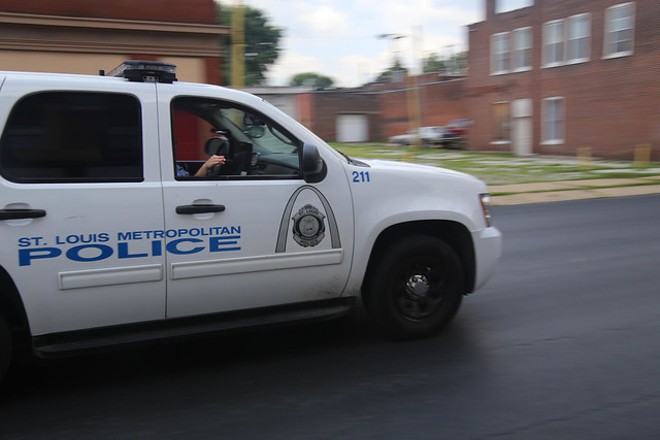 The first officer, 25-year-old Joseph Ermler, has been charged with leaving the scene of an accident, making a false report and driving while intoxicated, according to a probable cause statement released by prosecutors. The brief statement alleges that Ermler got in a car accident on January 3, 2019, at 2300 South Kingshighway, near the intersection with Southwest Avenue. Another person was injured.

However, rather than stay on the scene, the statement alleges that Ermler left without providing his name or other information. "The defendant called police dispatch and advised that he had been the victim of the leaving the scene of an accident in an attempt to manage and/or minimize the incident," the statement alleges. "The defendant later agreed to a blood test which revealed his blood alcohol to be .117" — well over the legal limit of 0.08.

Leaving the scene of an accident is a class-E felony; the other two charges are class-B misdemeanors.

Susan Ryan, a spokeswoman for the Circuit Attorney's Office, said she could not comment beyond the probable cause statement.

The second officer, 39-year-old Patrick M. Welch, is charged with fourth-degree assault, a class-A misdemeanor, over an incident on January 18, 2019. According to the probable cause statement, police were told that Welch "slapped the victim in the face." No other information about the incident or the victim was provided. According to Welch's LinkedIn, he is a detective.

The St. Louis Police Department did not immediately respond to a request seeking comment or additional details. We'll update this post if we hear back.

A spate of St. Louis officers have faced criminal charges this year, including one who shot a fellow cop in a supposed game of Russian roulette and a pair who allegedly attacked a fellow bar patron at Bomber O'Brien's. All three of those officers were charged in January 2019, the same month that both Welch and Ermler are alleged to have broken the law.