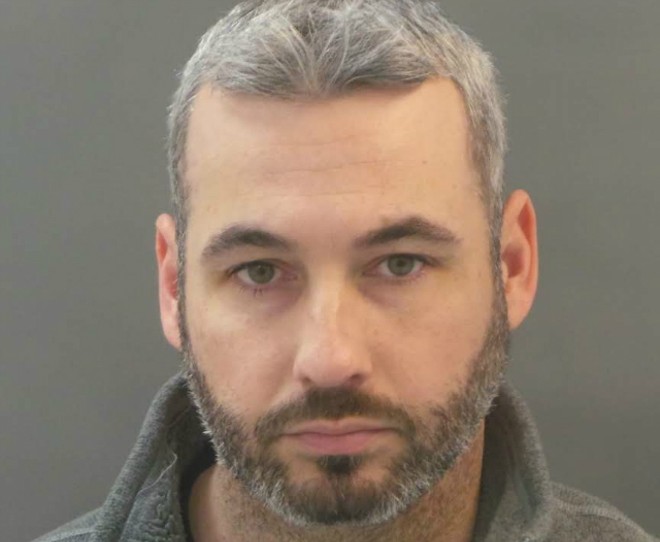 If you like to mix your St. Louis Blues fandom with uncritical support for police accused of serious abuse, we've got just the watch party for you.

The St. Louis Police Officers Association is promoting a fundraiser for former St. Louis cop William Olsten, who was charged in January with felonies of first-degree assault and armed criminal action.

Olsten, also accused in a separate civil lawsuit of abusing protesters, lost his job after he was indicted with a fellow officer in the off-duty shooting of a man in 2018 outside of Bomber O'Brien's bar in south city.

A flier for the fundraiser, posted on the police union's Facebook page, says he is "appealing his wrongful termination, fighting [St. Louis Circuit Attorney] Kim Gardner's criminal charges in a case of self-defense, and broke his pelvis" when he and his girlfriend were in a serious accident.

A $25 donation for the "Back the Blue & The Blues" watch party includes beer, snacks and a chance to watch the premier hockey event of the season at the St. Louis Police Hall on Hampton Avenue. All proceeds are promised to aid Olsten.

Once part of the city's controversial special operations unit, the 33-year-old was out with other officers on April 27, 2018 at Bomber O'Brien's when he clashed with a south city man, identified as S.D. in court papers.

S.D. got into his van, and Olsten is accused of sliding open a passenger door and climbing inside while another officer, Joseph Schmitt, came up on the side with his gun drawn, according to a probable cause statement. S.D. grabbed his own gun, opened the door and jumped out into the parking lot. Olsten caught up with him, slamming him to the pavement, prosecutors say.

S.D.'s gun fired, hitting Olsten in the hand and arm, the probable cause statement says. Schmitt opened fire on S.D., who was wounded but survived. Police tried to file charges against S.D., but prosecutors refused, instead charging Olsten and Schmitt.

The officers are contesting the charges. In a motion filed on Tuesday, defense attorney Brian Millikan, claims a surveillance video shows Olsten with his hands up before he was shot.

The St. Louis Police Officers Association proudly stands behind our members in their time of need. We are hosting the fundraiser free of charge as we do for the members of our organization all of the time. We are not the least bit concerned about the criminal charges pending against Officer Olsten. The only criminal involved in that case is Kim Gardner, who wrongly charged Officer Olsten and Officer Schmitt for acting in self-defense against a would-be cop killer.


The union has previously backed Olsten and Schmitt, posing a picture of S.D. and describing him as a "would-be cop killer," "a gang banging POS" and a "thug." The photo in the since-deleted post shows the 22-year-old next to Isaiah Hammett, who was shot to death by police in June 2017.

No date for the trial in the assault case has been set. Doors for the fundraiser open at 5:30 p.m. Game time is 7 p.m.