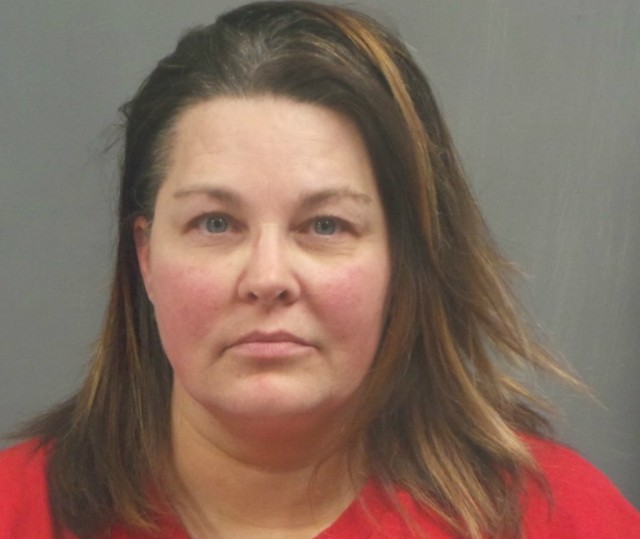 A De Soto woman who ran police fundraisers has been charged with stealing thousands of dollars intended for poor kids and a paralyzed cop.

Angela McMunn, 48, founded a local Shop With a Cop program in 2015 in Jefferson County and later began siphoning money to pay her own bills, according to the Jefferson County Sheriff.  Versions of the program take place across the country, and they're supposed to raise money for kids at Christmas.

McMunn also dipped into funds for Ballwin police Officer Michael Flamion, who was shot during a traffic stop in 2016, authorities say. She is accused of selling T-shirts to raise money for Flamion, and then taking a cut of the proceeds for herself. She fronted the cost of the T-shirts with money from Shop With a Cop, according to a probable cause statement.

The total amount of money alleged to have been stolen wasn't disclosed in court records. McMunn was charged with four felonies — three counts of receiving stolen property and one count of unlawful merchandising practice.

She was briefly jailed before posting a $6,000 bond. Jefferson County Sheriff Dave Marshak says the sheriff's office was not affiliated McMunn, but had been asked to participate in Shop With a Cop.

"I'm proud of our investigators and analyst that worked with prosecutors at the Attorney General's Office to hold Angela McMunn accountable for the allegations that tarnished the Shop With a Cop name," Marshak says in a statement.

Last year, a former Hazelwood dispatcher pleaded guilty to stealing in another police fundraising scandal. April Briscuso admitted she pocketed money intended for Hazelwood police Officer Craig Tudor, who was paralyzed in an on-duty car crash, and used it to gamble. She was sentenced to five years probation.