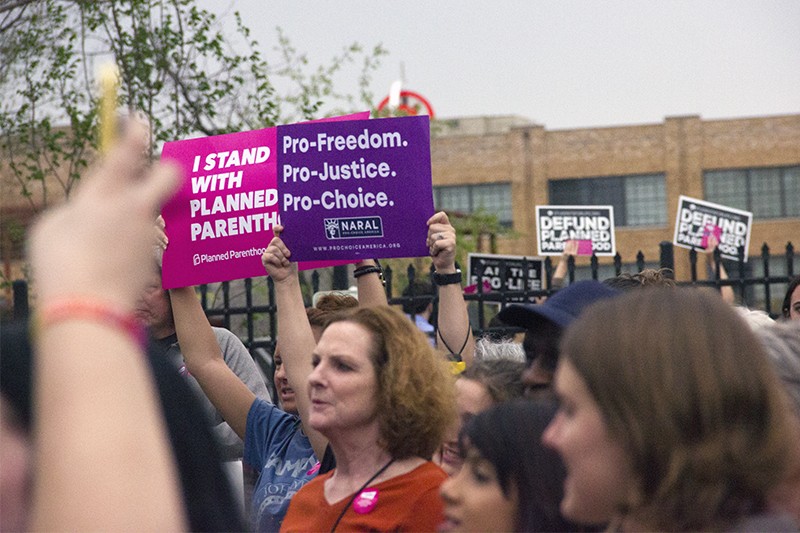 Score one for Planned Parenthood.

St. Louis Circuit Court Judge Michael Stelzer ruled in favor of the organization this afternoon, granting a preliminary injunction that will allow its clinic in the Central West End to stay open until the state of Missouri can make a decision on its license renewal.

The judge also ordered that the Missouri Department of Health and Senior Services, or DHSS, must make that decision by Friday, June 21. And he made clear that the clinic will stay open until the court issues another ruling.

Planned Parenthood hailed that as a victory.

“Today’s decision is a clear victory for our patients — and for people across Missouri — but the threat to safe, legal abortion in the state of Missouri and beyond is far from over," said President and CEO Dr. Leana Wen in a statement. "...In Missouri, and across the country, Planned Parenthood will do whatever it takes to combat the extreme, dangerous, and unconstitutional efforts by politicians to ban access to health care including safe, legal abortion. We will never stop fighting for our patients.”

Indeed, Judge Stelzer stressed that his decision merely preserves the status quo until the state rules on the license. (At that point, there will almost certainly be more legal action.)

"It is important to note that this Court does not issue advisory opinions, and thus issues no opinion as to whether Petitioner's application to renew its license should be approved or denied," Stelzer wrote, bolding that sentence for good measure. "The authority to make that decision rests solely with the Department of Health and Senior Services."

The two entities have been fighting in court ever since Planned Parenthood accused the state of "weaponizing" its license renewal process — and stalling on its annual renewal. It filed suit on May 28, demanding that the courts intervene.

The state, meanwhile, had argued that it didn't have to make a decision, that it could simply allow the license to lapse. In today's ruling, Judge Stelzer rejected that argument.

"The court finds that [Planned Parenthood] is entitled to a decision from DHSS on its application of renewal of its license," he wrote.

Today's ruling comes after DHSS finally released information about what it was investigating: "failed abortions" that allegedly took place at Planned Parenthood. But because the state hasn't ruled either way on the license renewal, the organization has been in limbo.