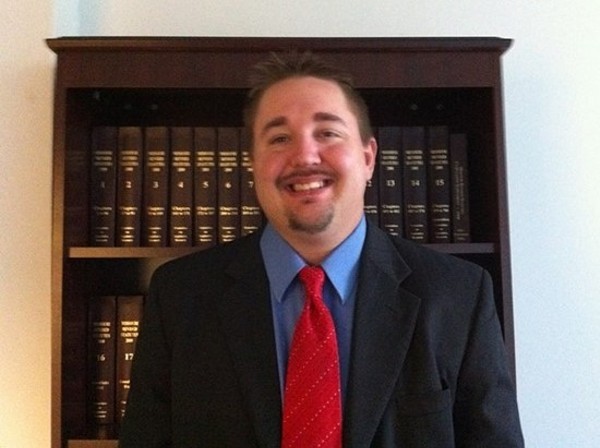 Attorney Jerrod Mahurin is no longer the elected prosecutor of St. Francois County, but his six years in office are now the subject of a new report by the Missouri State Auditor's Office.

Released Thursday, the audit also pointedly notes Mahurin's refusal to sign a key document called a "management representation letter." That letter, sent to Mahurin on April 18, includes a set of statements related to the auditor's investigation, in which Mahurin was asked to state that he did not "knowingly withhold" records from investigators and that he had "no knowledge of any fraud" involving administrative officials or employees. He has not signed it.

The audit chides, "Refusal to provide such representations is concerning and may indicate information potentially relevant to our audit was left out."

The audit has been in the works since August, when Missouri Auditor Nicole Galloway announced that her office had received credible allegations through its whistleblower hotline, including the claim that "county funds were spent inappropriately on questionable expenditures." After the audit was approved by the St. Francois County Commission, investigators got to work.

However, Mahurin was not long for the office. A Democrat, Mahurin had been appointed county prosecutor in 2012 and ran unopposed in the general election two years later.

In 2018, though, he faced electoral competition from Republican Melissa Gilliam, a former St. Louis assistant prosecutor. Gilliam won the November election in a landslide. 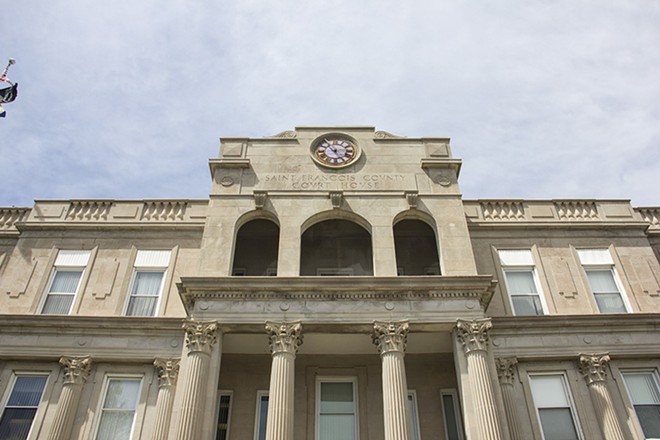 It could not have helped that, in July, Mahurin was the subject of a Riverfront Times investigation into allegations of sexual harassment and unprofessional conduct. The story featured accounts from both employees in Mahurin's office and attorneys who worked with him.

There is some overlap between the audit's findings and the RFT's investigation. Former employees had alleged to the RFT that Mahurin awarded significant bonuses to favored staffers, and some sources connected those payouts to an aborted attempt by a group of employees to bring sexual harassment complaints against their boss. (Mahurin and several current employees disputed that such an attempt was ever in the works. Mahurin also denied all allegations of sexual harassment.)

The bonuses, though, showed up the office's financial records. According to the audit, Mahurin used money from his office's Bad Check Fund and Delinquent Tax Fund to award per-person bonuses to his office staff, which over the years varied between eight and nine employees. The bonuses came in the amounts of $500 per employee in 2012, $550 in 2013, $1,000 in 2015 and $438 in 2017.

Those bonuses are dwarfed by the salary increases enjoyed by those same employees over that same time period. In 2015 alone, records obtained by RFT show the county increased the sum paid to Mahurin's clerical staff by more $18,000. That year, two employees saw their salaries increase by more than $3,000.

In Mahurin's response to the audit, he argues the payments detailed within are not bonuses.

"The prosecutor did not pay 'bonuses,'" Mahurin countered. "However the prosecutor made requests, which were then approved by the county commission for salary adjustments for employees, as was the practice of the office of Wendy Horn before Jerrod Mahurin became prosecutor."

In her response to Mahurin's response, auditor Galloway noted that regardless of the county commission's approval, the bonuses violated state law.

Outside of the audit, Mahurin is now complaining that he was not allowed to present his own documents to the investigative team. In an interview with a local radio station Thursday, Mahurin claimed the auditor's office "never allowed me an exit interview to present the documents I had."

Unprompted, Mahurin also brought up the document that he'd been asked to sign attesting to the fact that he knew of no fraud and had not withheld records from the auditor's office.

He didn't sign it, he said, because it spelled his name wrong.

"I asked them, if you want me to sign something, please provide the corrected name," Mahurin explained. "They never provided that to me, I have the emails to verify that. Of course I didn't sign [a document] with an incorrect name, and then of course they made a finding that I wouldn't comply."

In response to Mahurin's characterizations, the auditor's office provided RFT with emails between Galloway's office and Mahurin's attorney.

Among the emails was the "management representation letter," which indeed misspelled the prosecutor's first name as "Jerred." However, the emails did not include messages from either Mahurin or his lawyers objecting to the misspelling.

In a statement, the auditor's office noted, "Mr. Mahurin's attorneys expressed concerns about some of the report language, which our office then revised. We then notified Mr. Mahurin's attorneys that we would proceed with finalizing the report if we had not heard back by May 21. The next contact we received from Mr. Mahurin was on June 5, 15 days after the deadline provided and less than 24 hours before the audit was scheduled to be released. Through emails sent at 5:47 p.m. and 6:33 p.m., he asked for additional time to provide additional information."

In any case, Mahurin is now out of the St. Francois Prosecuting Attorney's office. In a press release that announced the audit's findings, Galloway said she was "encouraged" by the actions taken by Mahurin's successor, Gilliam, to halt the practices highlighted in the audit.

In an interview, Gilliam says she agrees with the audit's conclusions, adding, "A lot of things they brought up, I've discontinued."

That includes the bonuses.

"I was never paid a bonus as a prosecutor," Gilliam says. "It's clearly not allowed under the Missouri constitution."

Outside the audit, Gilliam says she is trying to move the office past the environment that produced multiple allegations of bullying and sexual harassment. In the future, she plans to convene sexual harassment training, though she adds that finding time for the training hasn't been easy as the office transitions to a new top prosecutor.

Still, Gilliam emphasizes, sexual harassment is not welcome on her watch: "It will not continue in any way, shape or form, or ever be tolerated."