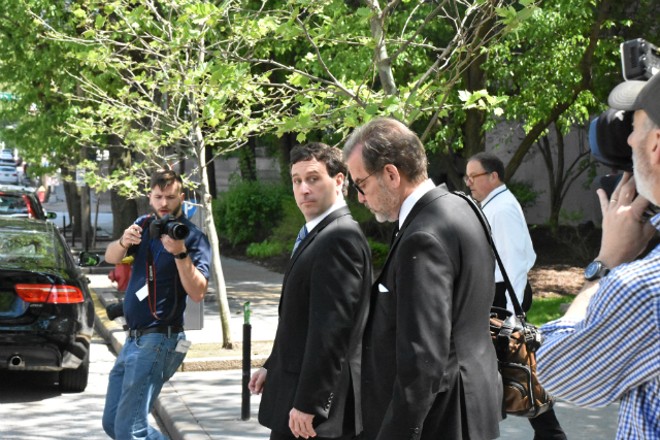 William Miller, who served as Stenger's chief of staff, is expected to plead to wire fraud and theft of honest services, which is becoming a familiar set of charges in the ongoing pay-to-play investigation.

Stenger pleaded guilty on May 3 to three felonies in the case, admitting he worked to secure public contracts for political donors. One of his top allies, St. Louis Economic Development Partnership CEO Sheila Sweeney, pleaded a week later to misprision of a felony — knowing about and concealing the former county exec's illicit operations.

According to the indictment filed in Stenger's case, Miller helped facilitate the corruption. In a transcript of a secretly recorded conversation between Miller and Jeff Wagener, policy director under Stenger, Miller talks about persuading Sweeney to push a contract to a lobbying firm after she seemed to get cold feet.

"Steve's like, you don't fucking understand, this is how it works," Miller told Wagner, according to the excerpt. "I'm like, yeah, I get it. It's not a problem, we'll take care of it... Steve wants it, let's get it done."

Although Miller was prominently featured in Stenger's indictment, the criminal case against had not been revealed until today when he was scheduled for a plea hearing.

He is due to appear at 10 a.m. tomorrow in front of U.S. District Judge Rodney Sippel.

A fourth defendant in the case, businessman John Rallo, was indicted the same day as Sweeney and has pleaded not guilty. He is accused of bribing Stenger in hopes of landing an insurance contract and later accepting a bogus consulting contract arranged through the Port Authority.