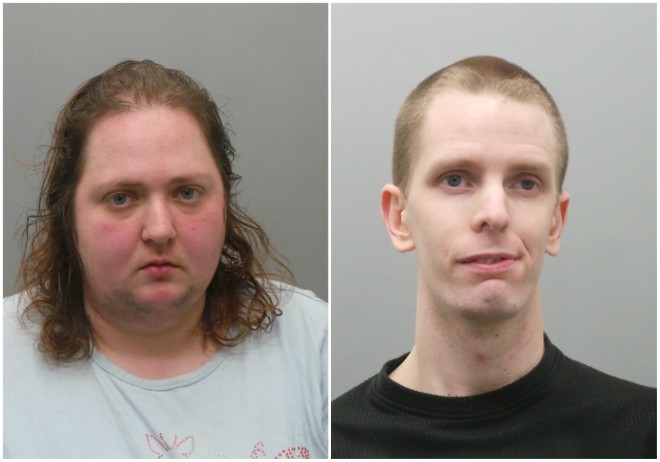 Heather McDorman, 30, was arrested by St. Louis County Police in March 2018 after she was caught photographing an eleven-year-old at South County Center mall in Mehlville.

Investigators soon learned it was part of a pattern of twisted behavior. At the direction of her boyfriend, 28-year-old Zachary Hamby, she had photographed kids at various locations and even sexually abused a four-year-old boy, livestreaming the encounter for Hamby, authorities say.

County police say McDorman, acting on behalf of Hamby, targeted kids in public bathrooms, often at malls. Shortly after the couple's arrest, police released a list of locations she hit over a couple of weeks in February and March of 2018, including Mid Rivers Mall in St. Peters, West County Mall in Des Peres, Apostolic Pentecostal Church in Mehlville and a Walmart in Bridgeton.

Police said the couple confessed when confronted by detectives, and a search of their phones turned up disturbing images. The couple's cases were eventually picked up the U.S. Attorney's Office and prosecuted in federal court.

The charges against Hamby are still pending. McDorman faces a maximum of 30 years in prison and fines of $250,000. Her sentencing is scheduled for August 30.