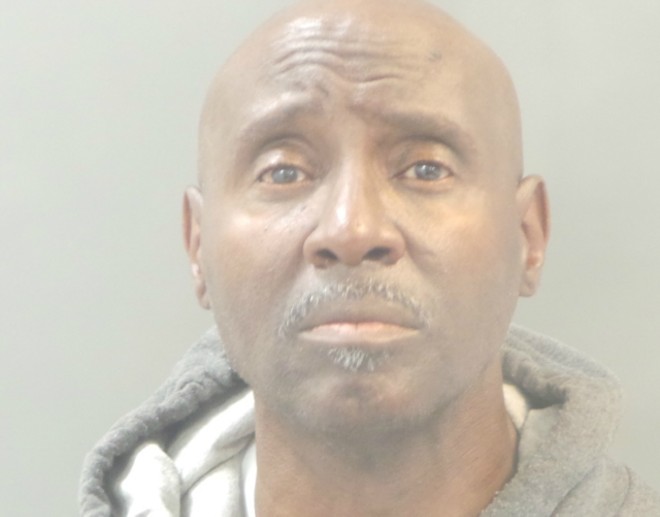 A St. Louis city worker with a long rap sheet is facing charges he assaulted a female co-worker.

James Wright Perkins, 60, works for the city's parking division. In April, he started massaging his colleague's shoulders and chest without her consent, according to court records.

The woman told police that Perkins had previously made several sexual comments about touching her. When he began rubbing her in April, she told him to stop, she told police.

The parking division is under the St. Louis Treasurer's Office. A spokesman for the office emailed the following statement in response to the RFT's questions:

"City policy includes ‘banning the box’ to give people a second chance by providing opportunities for legal employment. We uphold that policy and work with second-chance job fairs and re-entry programs to help people live as upstanding citizens. We perform background checks and this employee had employment before working for the Parking Division. We take any and all allegations seriously, and an internal investigation was conducted and concluded. We are not offering additional comment at this time as the external investigation continues."

Perkins was convicted of second-degree assault and unlawful use of a weapon in 1985, first-degree kidnapping in 1996, first-degree robbery in 1996 and misdemeanor stealing in 2009.

In the case involving Perkins' colleague, he is charged with fourth-degree assault, a misdemeanor. He was jailed briefly following his arrest on Thursday before posting ten percent of his $1,500 bond, according to court records.