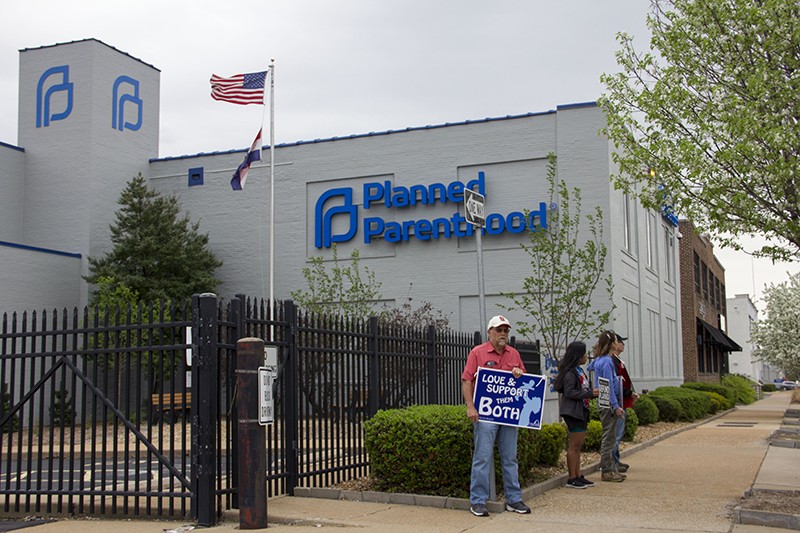 The last abortion in clinic in Missouri appears likely to lose its license Friday — and it's not because of the brand-new law banning abortion at eight weeks signed by the governor last Friday, but rather a different battle. The fight over its license could result in a turning point for the Planned Parenthood clinic in St. Louis, which has maintained its license even as clinics across the state have been forced to close their doors to patients seeking abortions.

In a conference call this morning, Dr. Leana Wen, president of the Planned Parenthood Federation of America, blamed the Missouri Department of Health and Human Services, or DHSS, saying it has "weaponized the the licensing process" in order to ban abortion.

The clinic's license is set to expire Friday unless DHSS offers a last-minute renewal. During the call, Wen announced that Planned Parenthood has already filed a lawsuit against the state, seeking a restraining order that would allow the clinic to continue to offer abortion services while a judge determines whether the state is acting legally.

"This will be the first time since 1974, the year after Roe versus Wade, that safe legal abortion care will be inaccessible to people in an entire state," Wen warned. "If Missouri does not grant us a restraining order, Missouri will go dark."

According to Wen, the denial of license renewal revolves around the state's demand to interview seven physicians at the St. Louis clinic, a process she blasted as a "inappropriate and suspicious interrogation" designed to "intimidate" the clinic's doctors and medical trainees.

Helene Krasnoff, vice president of public policy litigation with Planned Parenthood, said that state officials have refused to disclose the scope of their investigation, which she described as "boundless."

During the conference call, Krasnoff said that when Planned Parenthood asked state officials about whether "the interviews could result in a criminal referral or affect medical licenses," the officials responded, "'That's not off the table; we do not have to tell you anything.'"

DHSS did not respond to a message seeking comment this morning.

The department's director, Dr. Randall Williams, confirmed to the St. Louis Post-Dispatch that the clinic's license would expire Friday. Citing Williams, the Post-Dispatch reports that "the state would make a decision at that time on whether to renew the facility's license."

Planned Parenthood isn't the only organization throwing counter-punches at the state. Earlier today, the ACLU of Missouri announced that it has submitted a referendum petition to the Missouri Secretary of State that targets the controversial eight-week abortion ban signed into law by Governor Mike Parson.

If the referendum makes it to the ballot — which would require it first collect 100,000 signatures — it could conceivably veto the ban with a majority vote. However, considering that Missouri may lose its only abortion provider in 72 hours, the ban itself may soon be the least of its problems.