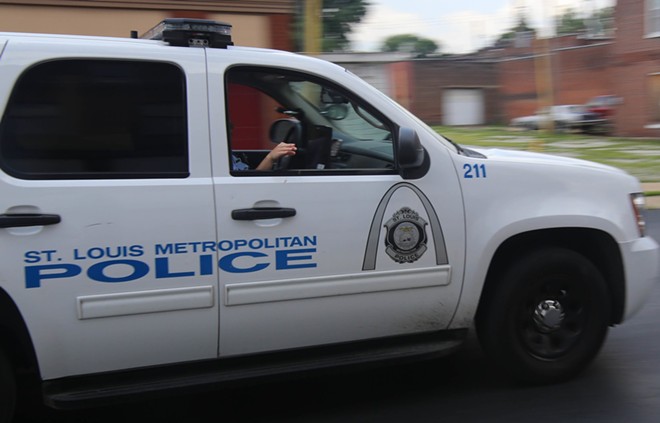 St. Louis police received reports of a robbery and a carjacking just two blocks away from one another in the early hours of Sunday morning.

Both crimes were reported to have occurred on McPherson Avenue, with the carjacking just a block and a half from the street's intersection with Euclid Avenue, where popular Central West End destinations Pi Pizzeria, Mission Taco Joint and Left Bank Books can be found.

The first incident occurred at about 2 a.m. in the 4400 block of McPherson, near the street's intersection with Newstead. Police say two 24-year-old women and one 25-year-old man were approached from behind by a suspect with a handgun who announced a robbery. The man took a backpack containing money, a cell phone, credit cards and car keys from one of the women before fleeing the scene on foot.

The second incident took place around 4:30 a.m. in the 4600 block of McPherson, near the intersection of Walton Row. Police say the victim, a 33-year-old woman, was hit in the head with an unknown object and ordered to the ground. When she complied, the assailant hopped in her car, a 2005 Hyundai Accent, whereupon a second suspect emerged and got in the passenger seat. Both suspects then fled the scene, taking the car with them. The victim told first responders she was not injured, and refused medical treatment.

Despite the close proximity and similarities in suspect descriptions, police tell KSDK they do not believe the incidents are related.

Sunday's crimes come on the heels of another carjacking in the Central West End on Friday. That incident took place at 1:13 a.m. in a parking lot behind SubZero Vodka Bar (308 N. Euclid Avenue). Police found that vehicle two miles away after it crashed into another car. The suspect in that case fled on foot.

The investigations are still ongoing.