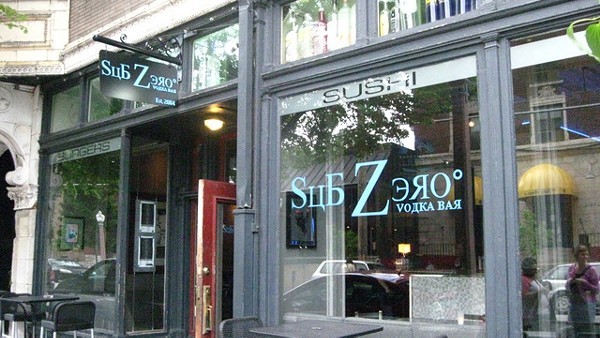 An early-morning carjacking in the heart of the Central West End ended abruptly when the thief crashed the purloined vehicle.

The incident took place at 1:13 a.m. today, according to the St. Louis Metropolitan Police. A 26-year-old woman told police she was sitting in her 2014 Ford Focus in a parking lot behind SubZero Vodka Bar (308 N. Euclid Avenue) when she was approached by a young man. He "forcibly removed" the young woman from the car and took off. The woman was not injured.

It didn't take long to find the car. While police were investigating, they received a report of a car accident at St. Louis Avenue and Euclid, just two miles north of the carjacking. The suspect had apparently crashed the stolen Focus into another vehicle, and then took off on foot.

Two young men in the vehicle hit by the carjacker were transported to the hospital with minor injuries, police say. The stolen Focus was recovered at the scene.

The suspect is still at large. He's described as being a black male in his mid-twenties, five foot nine inches and 15o pounds. He's clean-shaven with short Afro-style hair and was wearing a black hoodie and black pants.