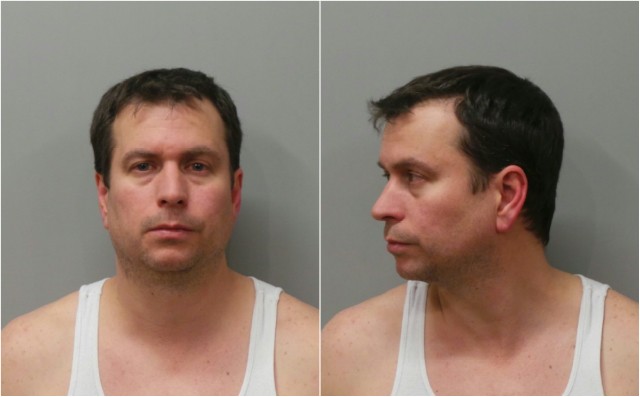 An executive for a constellation of waterbed and mattress stores embezzled $3.8 million to finance his "lavish" lifestyle, federal prosecutors allege.

Bryan Vonderahe, 45, of Kirkwood was charged with three counts of wire fraud in an indictment that was unsealed on Monday in U.S. District Court.

He made about $90,000 a year as the chief financial officer for the Boyd Group, the parent company for Royal Waterbeds, the Bedroom Store and other brands. But investigators allege Vonderahe had been illegally supplementing his income for years by writing himself checks from his employer's accounts.

He used the money to gamble, pay his mortgage and vacation in Colorado, Las Vegas and Florida, according to court documents. In one of the examples cited by prosecutors from the U.S. Attorney's Office, Vonderahe withdrew $2,000 in May 2014 at the Casino Queen in East St. Louis.

He spent another $912.83 at a ski school at the Beaver Run resort in Breckenridge, Colorado, authorities say.

Vonderahe had worked since 2007 for the Boyd Group, which also owns a number of real estate properties. Investigators believe the stealing began in 2012 and continued into this year. Prosecutors say he wrote himself 500 checks during that time from a Boyd Properties account and deposited them into his personal bank account.

Eventually questioned about the checks, Vonderahe claimed he was just reimbursing himself for taxes he paid on the company's behalf, according to the indictment. He also faked the Boyd Group's books to cover himself when the company hired an outside auditor to review its finances, authorities say.

Along with the indictment, prosecutors have filed to begin forfeiture proceedings on Vonderahe's house — a four-bedroom McMansion in the 1900 block of Windy Hill Road — and a condo he owns on Chardin Place in Sappington.

A federal judge has issued warrants to seize his 2011 GMC Acadia Denali and 2013 Range Rover Sport.

The maximum penalty for each count of wire fraud is twenty years in prison and a $250,000 fine.

Vonderahe's criminal record includes a string of drunken driving convictions, dating back to a 1996 guilty plea for driving with excessive blood alcohol content. Since then, he's had three convictions for driving while intoxicated. He pleaded guilty to his latest DWI — the result of a 2016 traffic stop on I-270 in Maryland Heights — in March and received a suspended sentence.