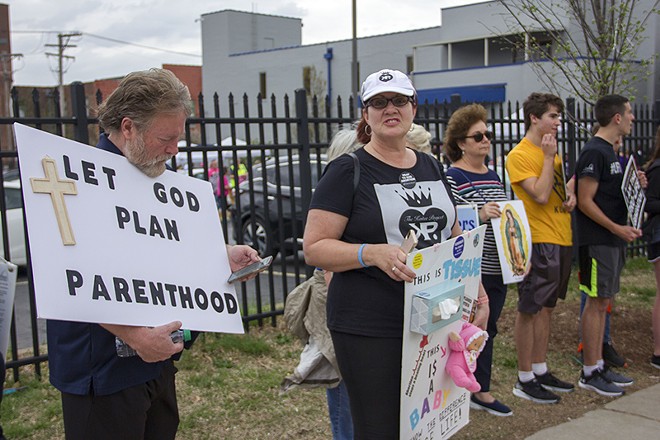 While national attention turns toward a Supreme Court showdown over the future of Roe vs. Wade, the bill passed by the Missouri legislature on Friday — seeking to restrict abortions to eight weeks — suggests a future where more than 80 percent of the abortions performed legally in recent years would be outlawed.

Under current law, Missourians can obtain an abortion up to 22 weeks. Slashing that legal window to eight weeks is just one of several provisions in an omnibus bill, House Bill 126, which was passed Friday with overwhelming support from a conservative legislature. And it would have a huge impact.

According to the most recently available data from the Missouri Department of Health and Senior Services, Missouri recorded 3,903 abortions in 2017. Just 629, or around sixteen percent, came at eight weeks or earlier. In 2016, only eighteen percent of the state's 4,562 abortions took place at eight weeks or earlier. That means a very large number of the women who had abortions here in recent years — more than 80 percent — would be barred from doing so under the bill passed Friday.

Missouri's Republican Governor Mike Parson, who has stated he wants to make the state the most "Pro-Life" in the country, says he intends to sign the bill. (Worth noting: Parson was never elected to his current office, but rather was elected as lieutenant governor in a race that drew little attention. Then, once the stridently pro-life-but-scandal-plagued Eric Greitens resigned last year, Parson suddenly ascended to the state's top executive post.)

Missouri's bill is among a national wave of strict abortion restrictions, with those in Georgia and Alabama drawing nationwide attention for provisions that could see women and doctors criminally charged for violating the law. Missouri's new bill doesn't go as far — though doctors could still face up to fifteen years in prison for performing illegal abortions — but it does similarly lack exceptions for rape and incest.

Defending that lack of exception, Parson explained last week, per the Kansas City Star, "Look, I think all life has value to it, all life does. I’ve been clear about that all my career. I’m going to stand up for people who don’t have a voice. Everybody has a right to life."

Currently, only one Missouri clinic, the Planned Parenthood in the Central West End, actually offers abortions. If the new restriction becomes law — which would require surviving a virtually guaranteed legal challenge — it would mean the vast majority of Missourians seeking abortion will have to seek other options, such as the Hope Clinic For Women just across the river in Illinois. (Also unlike other states, Missouri will not criminalize women driving across state borders to get abortions that are legal there.)

And Hope Clinic isn't the only option. Missouri is tied with Tennessee for sharing its borders with more states (eight) than any other. Not surprisingly, even as Missouri has made it increasingly difficult for any clinic to operate within it, women are turning to options outside state lines.

In the last two decades, data from the Department of Health and Senior Services show drastically falling in-state abortion numbers, down from a peak of 8,350 in 2003 to less than half that in 2017. Yet at the same time, thousands of Missouri women each year obtain an abortion outside the state: More than 2,800 Missouri residents were recorded in DHSS data as abortion patients in other states in 2017 alone.

And that number is likely far higher: DHSS spokeswoman Lori Cox says that Missouri's data on residents who obtained out-of-state abortions does not reflect those who traveled to Illinois, as that state does not share abortion data with Missouri. State lawmakers boasting about their pro-life bona fides may have instead simply pushed even more women across state lines.

Illinois, at least, seems prepared to welcome them with open arms. 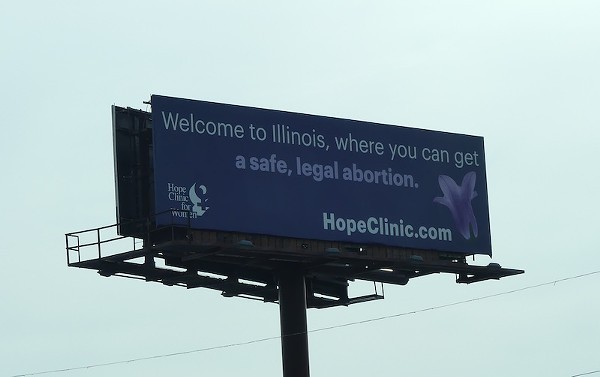