Daryaun Wines, Who Shot a Cop Chasing His Own Stolen Car, Pleads Guilty 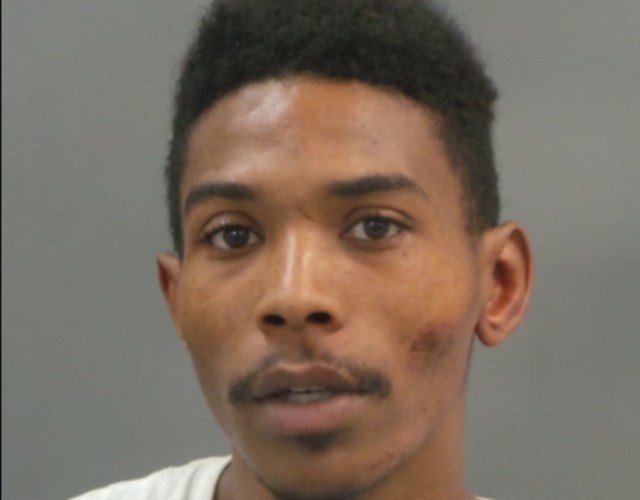 A lot was going on in south city during the early morning hours of October 12, 2017.

A St. Louis police detective named Archie Shaw was on duty and also keeping an eye out for his personal vehicle, which had gone missing after he loaned it to a relative. Separately, a couple of armed men, Johnzell "Memphis" Moorehead and Daryaun Wines, were trying to make their way through south city without getting shot.

It wasn't long before they collided in a bizarre and violent way.

Moorehead had shot someone else earlier in the night, and he and his companion feared retaliation, according to prosecutors for the U.S. Attorney's Office. They were apparently so freaked out, they had some friends follow them in a second vehicle.

The two-car motorcade apparently slipped past any would-be rivals, but it did catch the attention of St. Louis police patrolling the Dutchtown neighborhood, authorities say. Specifically, an officer noticed the second car, the escort vehicle. It was Detective Shaw's missing car.

After the car was spotted, Shaw, 54, drove over and began following it in a white pickup.

That alarmed Wines and Moorehead, who were in the first car, authorities say. They were still on the lookout for a potential threat, and here was an unknown pickup suddenly trailing them through south city.

Shortly after 1 a.m., they crossed into the Gravois Park neighborhood. Federal prosecutors say Moorehead decided the two vehicles should split up.

The pickup continued to trail the escort vehicle while Moorehead and Wines veered off through the neighborhood and circled back to the intersection of Miami Street and Iowa Avenue. Guns drawn, they waited for their escort and the pickup to drive past.

"This was an ambush, plain and simple," Assistant U.S. Thomas Rea said in a prepared statement.

The escort vehicle rolled past the stop sign, and when Shaw kept following in the pickup, Wines and Moorehead lit him up, authorities say.

The police detective was hit in the shoulder before speeding away. He fled to Cherokee Street and Jefferson Avenue, where he pulled over and called for help. Officers raced to the area. One police SUV was zooming up Cherokee when it swerved off onto the sidewalk and banged into STL-Style House shop. Police said the officer who was behind the wheel lost control.

Moorehead, then 27, was arrested a few days later. Wines was arrested a week after that. Both were charged with multiple crimes, including first-degree assault, in state court. However, the U.S. Attorney's Office picked up Moorehead's case in October 2018.

Along with shooting Shaw, he is accused in the indictment of trying intimidate a witness. Prosecutors allege he attempted to coach Gina Outlaw, one of two people in the escort vehicle on the night of the shooting, into changing her story.

"[G]o into the grand jury and tell them you don't know what happen," Moorehead wrote in a letter from jail, according to prosecutors. "[T]ell the people that the police scared you, & said they was gone take your kids away from you. Tell them you be highly medicated & you do Zans this will make them throw your statement out."

Moorehead has pleaded not guilty and his case is still pending.

Federal prosecutors revealed yesterday that they have also taken on Wines' case, publicly filing charges as part of a plea agreement with the 27-year-old. He pled guilty to one count of discharging a firearm in furtherance of assaulting a federal law enforcement officer.

In a statement, federal prosecutors describe Shaw as a "Special Federal Officer." It's a designation the FBI sometimes uses for municipal cops who have been deputized to work with them on federal task forces.

Wines admitted he and Moorehead ambushed Shaw, thinking the driver of the white pickup was seeking retaliation against them for the earlier shooting. He is facing a prison sentence of ten years to life.