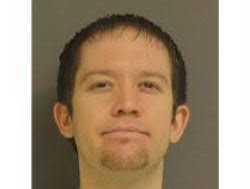 A white supremacist gang member from Wentzville pleaded guilty today to a racketeering charge for his role in a ruthless attack on a fellow member.

Daniel Jerome, 31, admitted he took part in a "patch burning," literally scorching the victim's Aryan Circle tattoo off his skin with a burning log.

Jerome is one of four men indicted in November 2018 in connection with the 2013 attack in Jefferson County. The other three — Thomas Wilson, 43, of Villa Ridge; Thomas Tischer, 34, of St. Louis County and Dustin Haney, 28, of Hermann — were also members of the gang, according to prosecutors for the U.S. Attorney's Office. They have pleaded not guilty.

The Aryan Circle is primarily based in prison, forming in 1985 or so by rivals and former members of the Aryan Brotherhood of Texas, authorities say. Over the years, it has grown, building a reputation for horrific violence.

Federal prosecutors say that penchant for brutality extends to controlling and disciplining members who break the gang's rules or disobey a direct order. One of the preferred methods is to forcibly remove an offending member's tattoo of the Aryan Circle symbol, typically the shape of a diamond.

Jerome has previous convictions in state court for drug possession and assault. He is scheduled for sentencing on August 7 in the federal case.