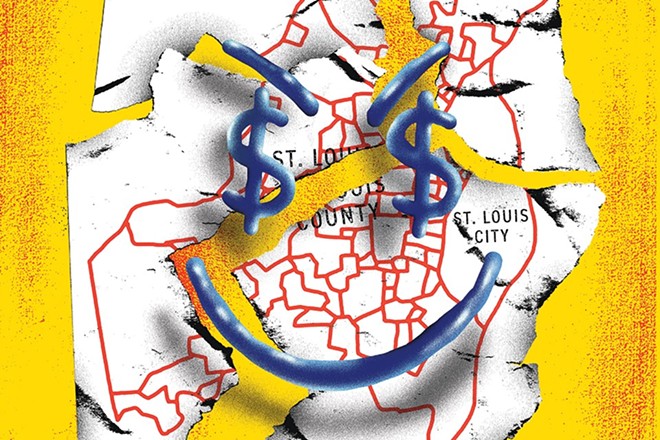 Better Together has backed away from 2020.

Leaders of the effort to merge St. Louis city and county confirmed this afternoon that they have pulled their petition from the state's initiative process, as the St. Louis Post-Dispatch reported in a bombshell update to a story that went live earlier this afternoon.

The story had detailed how various board members had gotten cold feet on the planned statewide vote for November 2020 — but, in its original version, questioned how much weight those concerns would have since the political campaign to push the initiative was a separate entity.

As it turns out, the paper need not have equivocated: Merger advocates have now officially pulled the plug.

The decision follows months of criticism (including, we'd argue, most trenchantly in this publication) by people arguing that in its present form, Better Together would harm black political representation and rely on outstate voters to foist upon metro area residents an unpopular plan serving as a Trojan horse for a libertarian billionaire's economic theories. It would also, as columnist Ray Hartmann pointed out, hardly be the regional panacea that advocates originally claimed.

Some board members had told the Post earlier today that they wanted to see a clause guaranteeing that city-county voters approved any merger plans — an idea also advanced in these pages. But after several revisions already to the merger plan, including one to address the falling star of now-resigned County Executive Steve Stenger, Better Together apparently decided to take a big step back.

"The process of unification is so important, we just don't want to do this wrong," board member Will Ross told the Post-Dispatch last week. "It's becoming too divisive. We're substituting one type of dysfunction with another type of dysfunction."

Hue and cry against Better Together's plan was loud both in St. Louis County's tony suburbs (Chesterfield publicly contemplated a "Chexit") and among city progressives. Various state representatives were plotting mischief in Jeff City (some more mischievously than others). And with Stenger now having pleaded guilty to three felonies, and the new county executive more critical of a plan loathed by many of his constituents, Better Together may have seen the writing on the wall.

We'll have more as the story develops.