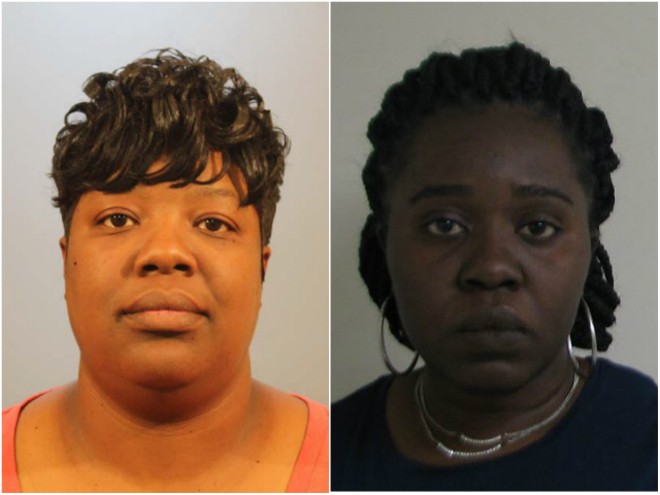 Two pre-school instructors in East St. Louis are facing criminal charges over allegations they forced little kids to stand naked in a closet as punishment.

Teacher Mary Agbehia, 27, of Edwardsville and teachers' aide Shavonda Willis, 41, of Fairview Heights were charged with aggravated battery and unlawful restraint. They both worked for the Head Start program funded by Southern Illinois University-Edwardsville at the Jackie Joyner-Kersee Center.

During a news conference Wednesday, the college's police chief, Kevin Schmoll, said the kids allegedly abused by the two were four or five years old.

"They were having these children remove their clothes and stand in the closet for like five or ten minutes as a form of discipline," Schmoll said. "Where they got that from, we don't know."

One of the kids told his mother what was happening. She then contacted Head Start's administration, leading to the police investigation.

In addition to putting the kids in a closet, Willis is accused of making "physical contact of an insulting or provoking nature" with a little girl — specifically, pressing an object against a girl's skin and pretending to give her an injection.

Both women surrendered this morning and have been released on bond, according to St. Clair County court records. Bond was set for $5,000 each.

Willis was previously highlighted in a St. Louis Public Radio feature about a summer program at the center.

Editor's note: This story was updated with information about surrender and release of both defendants.