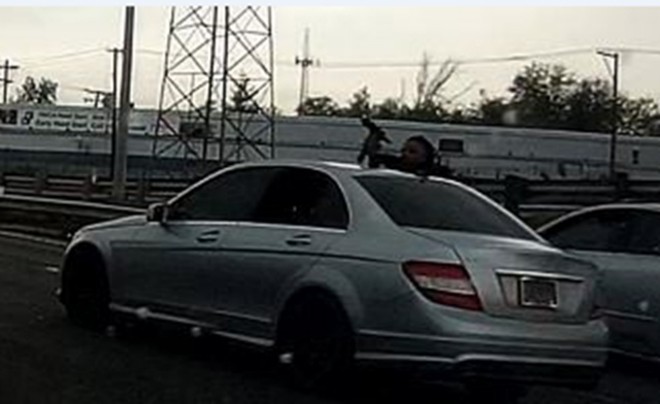 St. Louis police are trying to identify a gunman who was photographed firing at a woman from a moving Mercedes Benz on Interstate 70.

The frightening scene played out about 4:15 p.m. on Tuesday as the silver-colored Benz zipped through rush-hour traffic near the West Florissant Avenue exit, near the Penrose neighborhood of north city. A 27-year-old woman was shot in the back and arm.

She told police she was driving when the unknown shooter opened fire on her. She went by ambulance to a hospital and was listed in critical but stable condition.

Police are still searching for the shooter and ask anyone with information to call CrimeStoppers at 866-371-8477.