St. Louis' Arch Has Gone Dark and Here's Why 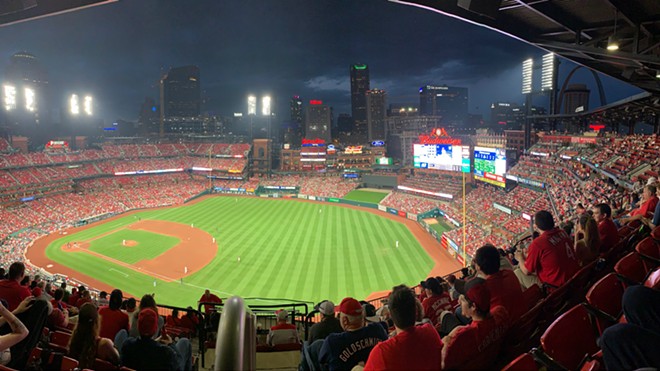 If you’ve been downtown lately you may have wondered what was up with the Arch. Our gorgeous landmark has been hiding out in the dark for the past few weeks. Instead of being all lit up like the glamorous queen that she is, she’s been disappearing in the shadows, all but invisible once the sun goes down.

In the photograph above, you can see what she looked like last week from the Cardinals game. As the sun went down she slipped from sight. We’re used to seeing our girl glowing, so what gives?

Well, the Gateway Arch has been having some problems. The National Park Service tells Fox2Now that the new LED lighting system is being a real P.O.S. (we’re paraphrasing) and that they just don’t know what's up with it, really. (Paraphrasing again.)

They say they’ve been working on the issue every day to figure it out, but we don’t have much faith that they’ll come to a resolution soon. Some of us have also been working on our issues every day, too, but we ain’t fixed, either.

And even if they get the lights in working order, they’re just going to switch them off again in a few weeks anyway, so that our big shiny boomerang doesn’t mess with migrating birds.

Basically, it could be months before the Arch is lit again. We hope that's not the case for us, too.