'He Called Me a One-Eyed Bitch... So I Shot Him,' Accused Murderer Says 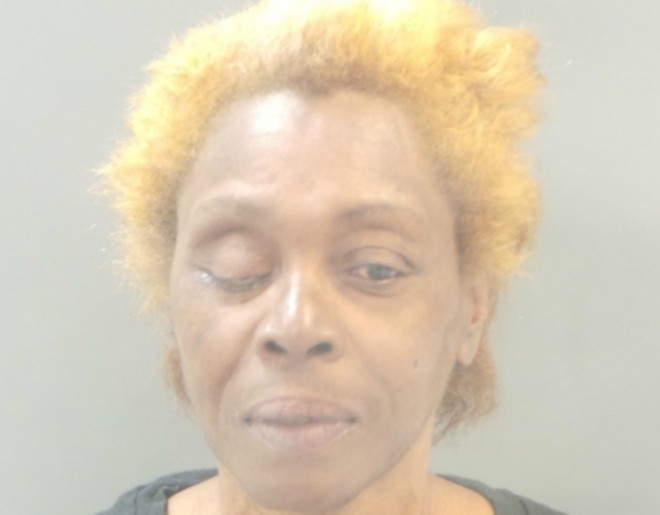 A St. Louis woman told police she killed a man because he kicked her and called her a "one-eyed bitch," authorities say.

Darlene Brison, 56, was charged on Wednesday with first-degree murder and armed criminal action. Police say she shot 49-year-old Reginald Stewart in the head. When officers arrived that morning at 933 Elias Avenue in the Baden neighborhood of north city, Brison walked out of the house with her hands up, police said in a probable cause statement.

"He kicked me and called me a one-eyed bitch, so I got my .22, and I shot him!" Brison told them, according to the statement.

She also said Stewart had been wearing a boot when he kicked her. Officers went into the house and found him dead on a bed in the front room. They noted that he was wearing only a pair of nylon shorts and was barefoot — no boots.

Investigators recovered a .22-caliber rifle from the scene. According to police, Brison later added, "He out fucking another bitch, too, and wanna call me a one-eyed bitch, so I killed that motherfucker."

She was taken into custody and is being held in the St. Louis City Justice Center without bond.