St. Louis Is Back in the Nation's Top 20 Metro Areas 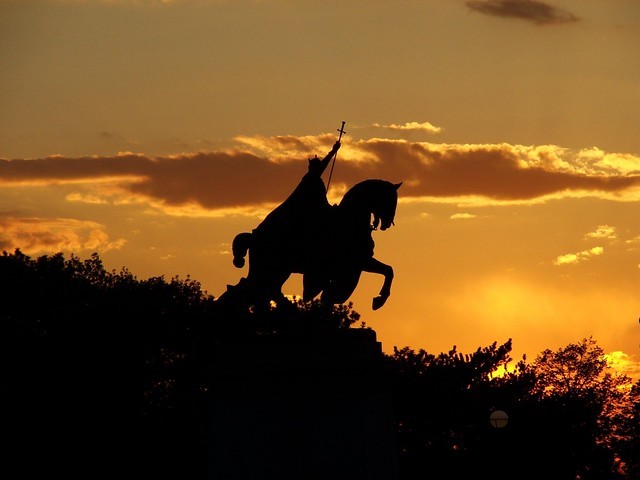 Last spring, the news was bleak. "St. Louis region falls out of the Top-20 metros in the U.S.," the St. Louis Post-Dispatch reported, in a story that blazed across the top of its website. Due to local population declines, the daily reported, St. Louis had been surpassed by Baltimore — Baltimore! — in official census data and was now the 21st largest in the nation instead of the 20th. Serious hand-wringing ensued.

But that was then, and this is now. And now we're pleased to report the new news:

St. Louis is back, baby!

According to U.S. Census Bureau numbers reported this morning, St. Louis again lands at No. 20 on the list of the nation's largest metro areas. Baltimore is back at No. 21. And with that, we can again swell with regional pride!

Whether it was the mere idea of Better Together vaulting us to the list of top-ten cities or the new campaign to help the city get over its inferiority complex that did the trick, we should all agree it's time to rejoice. We're big, and growing!

Except ... we're not. The new census numbers actually show that the St. Louis Metropolitan-Statistical Area (MSA) lost 385 people in the last year. That's even as the Baltimore MSA gained 4,202. We are shrinking, albeit very slowly. So how does this possibly count as a comeback?

Even though the Bureau's March 2018 press release noted that St. Louis had fallen out of the top twenty, a helpful spokeswoman explained to us this morning that the numbers used to reach such conclusions are routinely revised. And so now, rather than showing Baltimore's MSA with 2.8 million souls as of July 1, 2017, the Census Bureau has retroactively determined that the Maryland metropolis actually only had 2,798,587 at that time.

And this year's numbers, we're pleased to report, allow us to stay on top. This morning's release shows us with a population of 2,805,465, in contrast to Baltimore's 2,802,789. Our lofty zero percent change lets us hold on to the position that has long been rightfully ours: Number twenty.

Asked why the Census Bureau wouldn't wait for more exact numbers before issuing such releases, thereby sparing St. Louis the anxiety that consumed the region in 2017, its spokeswoman didn't have much of an answer. There's a whole methodology to this stuff — you can read it online — and even if the Bureau is giving St. Louis a heart attack with each new release, it's almost certainly not going to change.

As for our newly reclaimed status, doesn't it feel good to be part of a growing, vibrant region — the twentieth largest in the nation? Let's enjoy this narrow margin of victory while we can. Come next spring, the Census Bureau will be revising again. With our regional identity apparently hanging in the balance, we should all say a prayer the next error is in our favor.