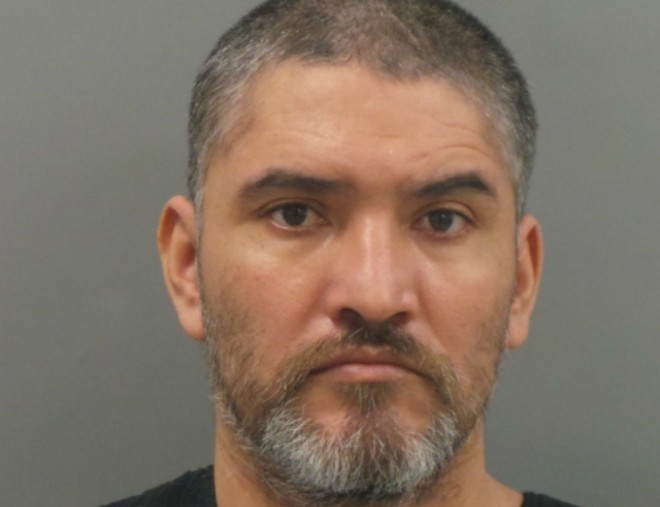 A man accused of killing four men in Kansas and another in Missouri was found dead this morning in a St. Louis city jail, authorities say.

Pablo Serrano-Vitorino, 43, was discovered unresponsive at 2:02 a.m. at the St. Louis Justice Center, transported to a hospital and pronounced dead at 3:06 a.m., according to the Montgomery County Sheriff's Office.

Serrano-Vitorino's case had attracted national attention, in part because he was a Mexican national who was in the country illegally in 2016 when he went on his killing spree. He allegedly shot four men in Kansas and then fled to Missouri, where he killed a fifth man, Randy Nordman of New Florence.

The father of one of the victims later filed a lawsuit, alleging Immigration and Customs Enforcement blew two opportunities to deport Serrano-Vitorino before the murders.

He was arrested in 2016 in Montgomery County following a multi-state manhunt. It was that county's sheriff who reported Serrano-Vitorino's death this morning. The RFT's call to St. Louis Corrections Commissioner Dale Glass was not immediately returned this morning.

He was being held in St. Louis on a warrant from ICE, jail records show.