The Cardinals Don't Want Your Damn Drones Near Their Nice Stadium 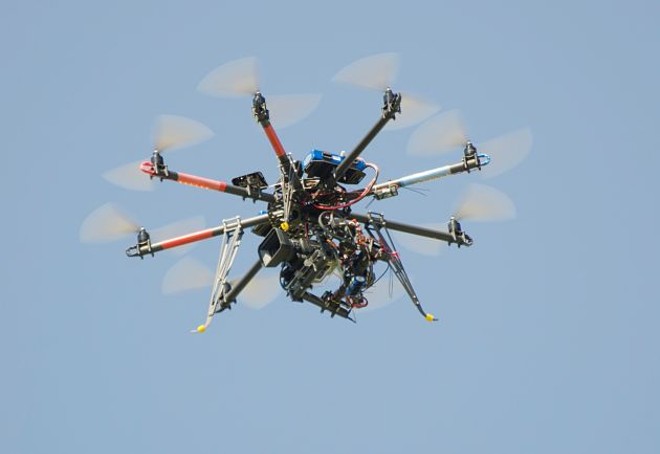 A proposal to ban drones from hovering over large, open-air sporting facilities drew support from the St. Louis Cardinals this week, making clear that the team doesn't want your dumb little flying toy anywhere near its nice stadium.

KMOX reports that Michael Whittle, the team's general counsel, appeared before a Missouri Senate panel Monday to ask that lawmakers include open-air sporting complexes in a bill that would prohibit drones from flying near prisons, jails and mental health facilities.

The proposal would make it a misdemeanor to fly a drone over any sports facility with a capacity of 30,000 people or more, and a felony if said drone was used to deliver weapons or controlled substances inside. This mirrors the language in the prison bill.

While the prison ban is primarily concerned with the smuggling of contraband such as drugs or weapons to prisoners, Whittle says the baseball organization is worried that someone could strap a bomb or chemical weapon onto a drone and fly it into a crowd of unsuspecting sports fans. This would presumably be bad for business.

“Unfortunately, there is nothing in our current Missouri law that would make it unlawful for a drone operator to fly a drone into a mass gathering space, such as a large open-air stadium, imposing a threat to its occupants and/or causing an actual attack and/or mass panic or fear from an attack,” Whittle reportedly told the panel.

But the proposal is not without its detractors.

"This is a fight about who owns the air above us," Judd Slivka, director of aerial journalism at the Missouri School of Journalism, tells Fox 2. "One of the things that we know about bad public policy is that it gets even worse when it's based on fear, or when it's based on misperception."

Slivka believes the legality of where drones are and are not allowed to fly should be handled at the federal level, rather than state.

"The introduction of state charges here is the intersection of public hysteria about drones and misinformed legislators, or misinformed St. Louis Cardinals' general counsel," he says.

"We’ve got new technology in drones," Mike Henderson, R-Bonne Terre, tells KMOX. "And we’re trying to make sure that we’re keeping those areas safe from this new technology being used in the wrong way."