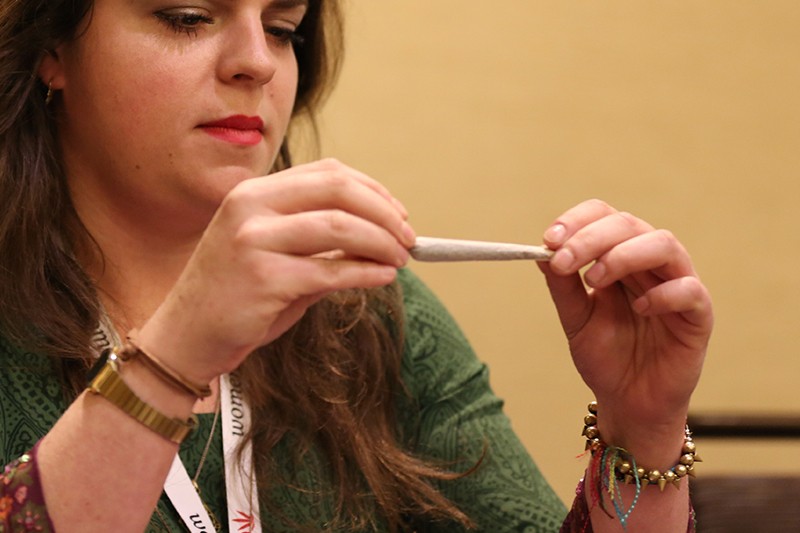 In annals of sex history, the use of drugs is hardly a novel concept — as a recently published study on sex and weed from Saint Louis University notes, the internet is "rife with claims of the beneficial effects of marijuana on several aspects of sexual function including libido, arousal, and orgasm."

For once, the internet appears to be right about something. The SLU study, published online earlier this month by the journal Sexual Medicine, surveyed 373 patients at a single OB/GYN between March 2016 and February 2017. Not only did more than a third report using weed before sexual activity (these were likely college students, after all) — but those women were also more than twice as likely to report having better sex than those who had not gotten high before bangin'.

As the scientific paper puts it: "[W]omen who reported marijuana use before sexual activity had 2.13 higher odds of reporting satisfactory orgasm."

And it's not just orgasms. The paper also notes, "Most women reported increases in sex drive, improvement in orgasm, decrease in pain, but no change in lubrication."

The study is just the latest work on the subject from its primary author, Dr. Becky Lynn, who woks as a gynecologist at SLU's Sexual Health Clinic and as an assistant professor at the university's School of Medicine. In 2017, she co-authored two studies based a similar version of the survey. However, in those cases the research was based on far smaller sampling.

This latest research, the study notes, represents "one of the largest series to date and has a wider range" than previous studies examining the relationship between marijuana and sex.

Still, finding correlation in a survey of a few hundred students is one thing. Figuring out what exactly causes all this sexy good fun is another. The study acknowledges that scientists are still in the dark as to the mechanism behind the better orgasms.

"The question of how marijuana leads to these positive changes in sexual function is unknown," the study admits. "It has been postulated that it leads to improvement in sexual function simply by lowering stress and anxiety. It may slow the temporal perception of time and prolong the feelings of pleasurable sensations. It may lower sexual inhibitions and increase confidence and a willingness to experiment."

The paper concludes by noting that the timing of the toke appears to be an important factor, although it adds that constructing an experiment to test that variable would be "difficult unless patients were enrolled in a study that required certain timing (a very challenging study to get though the Institutional Review Board)."