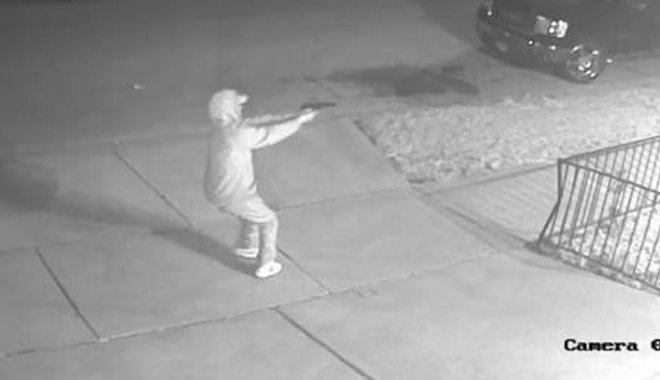 St. Louis cops hope a surveillance video of a gunman firing on a fleeing man will help solve an assault case in north city.

The shooter, who has the hood of his sweatshirt pulled over a baseball cap, ambushed his victim on March 18, minutes after 8 p.m. The attack took place near the intersection of West Florissant Avenue and Anthlone Avenue, right across the street from O'Fallon Park.

The 38-year-old victim was shot in the face, police say. He was taken to a hospital where his condition was considered critical but stable.

In the video, the shooter is shown firing two shots as he runs toward the man, who bolts out of the frame. He squeezes off a third shot as he stops and then a fourth while backpedaling away.

Detectives need help identifying the suspect in the video relative to a shooting that occurred on 3/18/19 on the 4200 block of W. Florissant.
Additional info: https://t.co/WEUKQaKKon
Anyone with information is urged to contact @STLRCS at 866-371-TIPS (8477). pic.twitter.com/qs9nGCcCHj