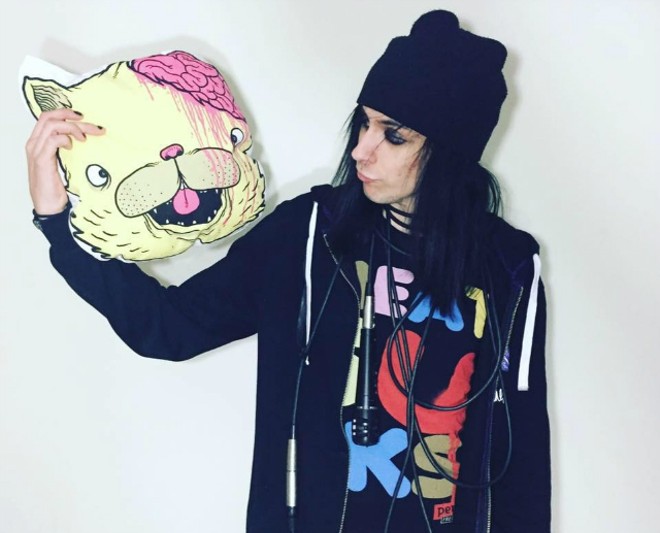 The family of a budding rock journalist killed last year by a driver fleeing St. Charles County police is suing the county and department, alleging a rookie officer ignored two orders to end the high-speed chase.

Krystofer Batsell, 21, was driving a Ford Focus on the afternoon of November 17, 2018, when he unwittingly turned into path of the chaotic pursuit. Authorities say 36-year-old Aron Richardson of Union ran a red light (his second of the chase) while trying to evade police and slammed into the Focus with a 1998 Dodge Durango. Batsell died within 30 or 40 minutes.

Batsell's parents sued Richardson in December for wrongful death, but their attorney, Grant Boyd, says they now think St. Charles Police should also take responsibility for their role in the fatal crash.

"They want some acknowledgement and accountability on the part of the county," says Boyd of Sindel Noble.

Batsell was the oldest of their three sons. He was killed on the birthday of his younger brother, less than a week from Thanksgiving.

On Tuesday, Boyd filed a motion adding St. Charles County, the police department and Officer Amanda Hopkins to the wrongful death suit. The suit claims Hopkins made a reckless and ultimately fatal decision to chase Richardson through afternoon traffic and then continue chasing him, even after a supervisor ordered her to stop.

Hopkins originally pulled over the Durango for speeding on Highway 94 in Weldon Spring. Richardson was driving and his girlfriend was in the passenger seat. When Hopkins ran Richardson's driver's license through a law enforcement database, she learned he had a pair of traffic warrants in Franklin County and was considered a risk to resist police. Hopkins called for backup.

Once another officer arrived, she went to the passenger door and told the girlfriend to get out. Before she could, Richardson sped off, police say.

This is where Hopkins began to make bad decisions, the suit alleges.

Hopkins and the second officer, Corporal James Poole, ran back to their patrol cars and chased after Richardson. The Durango and two police cars sped west on Highway 94. A gas station surveillance video shows Richardson swerve around traffic, nearly hitting another car — with Hopkins close behind.

Hopkins claimed in her written report that she started to follow the order, slowing down and turning off her siren. But Boyd says that does not match another video from a second gas station, which shows the crash. 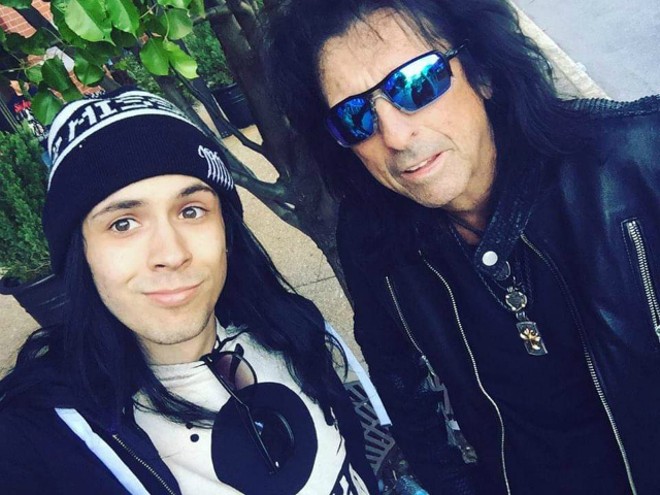 The footage, which the RFT reviewed, shows Batsell waiting at the stoplight at the intersection of Highway 94 and Cedar Glen Drive. Just as he begins his left turn from Cedar Glen onto the highway, the Durango blasts into view, plows into the side of him and shoves Batsell's car all the way across the intersection into a utility pole on the far side. Hopkins' patrol car, with lights flashing, trails immediately behind.

Poole, the second officer, arrived well after. He wrote in his report that he had been slowed by traffic, and then dropped off completely following the order to terminate the pursuit. He lost sight of the Durango and Hopkins, but he knew there had been a crash because he could see the debris flying on the horizon.

Batsell's legs were pinned under the steering column, and his door was caved in. Boyd says Batsell's family is tormented by the horror of those last minutes of his life.

Police described him gasping for breath as blood poured down his face. He was transported to a hospital, but it was too late.

"We were robbed that day," his mother, Connie Batsell said in a statement. "We were innocent. Krys was innocent, but we're the ones paying for other people's mistakes."

Batsell's death stunned not only his family and close friends, but musicians and fans who knew him through his online music reviews and interviews. He ran the YouTube channel Slam Dance by Krystine Sixteen along with corresponding social media accounts, where he posted updates on albums and conversations with rock stars. When he died, no less than KISS posted condolences on its website.

Richardson was arrested after the crash and is facing charges of murder, resisting arrest and driving while intoxicated. He suffered only minor injuries in the crash. Blood tests conducted at the hospital revealed methamphetamine and amphetamine in his system, authorities say. Police also recovered meth after nurses discovered a small Crown Royal bag tied to a button on the fly of his pants and hidden in his crotch, according to a police report.

He was administered Narcan to treat what they believed was a drug overdose.

At the time of the stop, however, all Hopkins knew was that he was wanted on a couple of warrants with a bond of $540, Boyd says. Yet she chased him along a busy road to a tragic, entirely avoidable end, according to the suit.

And instead of taking responsibility, Boyd says, the police department has worked to shield Hopkins and deny any fault. Through a public records request, he obtained drafts of the young officer's report as she and a supervisor edited it nearly a dozen times. He says the changes served to smooth over Hopkins' actions.

"It was very clearly attempting to spin how the incident occurred, and events occurred, to make it sound like the police department didn't do a single thing wrong," Boyd says.

St. Charles County is aware that there is a motion to bring the County and Officer Hopkins into an existing lawsuit filed by the Batsell family against Aron Richardson.


Richardson remains in custody on $100,000 bond. In a taped jailhouse interview with police, he admitted he "fucked up" but claimed to remember little about what happened.

Boyd says that's more than the family has heard from the county.