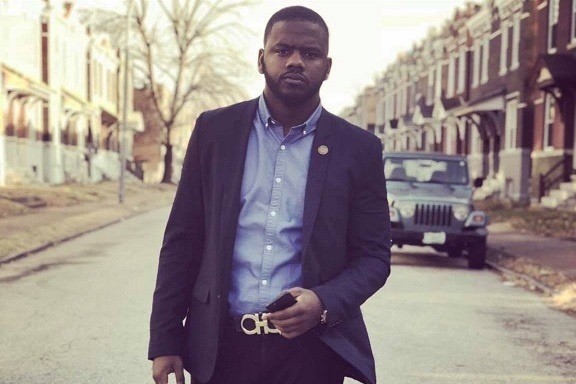 An Amazon delivery driver who was left paralyzed after being shot in the back during a dispute over a parking space is suing his alleged attacker for $250 million in punitive damages.

Fox 2 reports that the driver, 21-year-old Jaylen Walker, is represented by attorney Mark Cantor of Cantor Injury Law. The suit, filed Tuesday, is one of three court cases resulting from the attack, coming alongside a worker's compensation case and criminal charges against Larry Thomlison.

Thomlison, 65, is accused of shooting Walker after a confrontation over a handicapped parking space. As we reported last week, Walker was illegally parked in the space inside his Amazon delivery van in the parking lot of a Target in St. Charles when Thomlison confronted him with his cell phone drawn.

Thomlinson, who has a handicapped sticker on his vehicle, was apparently furious. According to St. Charles County Prosecutor Tim Lohmar, Thomlison photographed the scene and posted it to social media before approaching Walker and shoving the phone in his face. A struggle ensued, and Thomlison allegedly punched Walker in the face.

The two reportedly wrestled on the ground briefly before Walker spotted a gun on Thomlison's hip and attempted to run away. That's when Thomlison allegedly pulled the gun and shot Walker in the back.

Thomlison was arrested shortly afterward at a nearby Famous Footwear; he is charged with first-degree assault and armed criminal action. Walker was transported to a hospital, where he was diagnosed with a spinal cord injury. His family says he has no feeling from the abdomen down.

The lawsuit alleges that "Thomlison coldly walked by [Walker] and stared him down as [Walker] laid crippled and coughing up blood in the parking lot," according to the Post-Dispatch.

"We're seeking as much as a jury will award," Cantor tells Fox 2 of the civil suit. "We'll probably ask for $250 million or more."

In the meantime, Walker's family has set up a GoFundMe to help cover medical costs stemming from the incident. As of Wednesday afternoon, the campaign had raised $63,603 of its $150,000 goal.