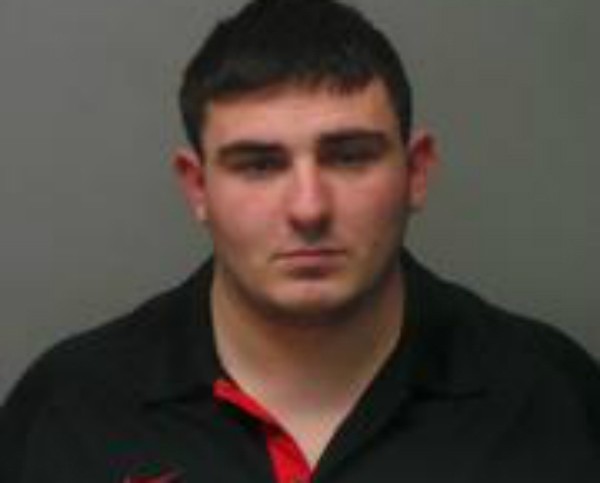 Eric Parks, 20, of Festus, met the teen last week while volunteering for the St. Louis County Police Explorer program. He was charged on Wednesday in St. Charles County with sexual misconduct, attempting to promote a sexual performance by a child and furnishing pornographic material to a child.

St. Charles police say Parks, who is not a police officer, first talked to the fifteen-year-old on Friday at a recruitment event at Lindbergh High School. He took down the teen's name, age and phone number. On Saturday, he began texting the boy, and then added him on Snapchat.

One of his messages said, "My dong lol.. we will just talk dirty, jerk.. and then never mention it outside of Snapchat," according to court documents. When the messages continued the next day, the teen contacted police.

Parks is now under investigation by St. Charles, St. Louis County and Jefferson County police. The agencies are trying to determine if he targeted any other underage teens.

St. Louis County police arrested him on Monday but have not yet filed any charges against him. That case is still under investigation, St. Louis County Police Officer Benjamin Granda says.

St. Charles detectives arrested Parks on Tuesday. He said he already knew they wanted to speak to him about "inappropriate Snapchats with another person," police say.

He admitted that he sent pictures of his penis and had solicited the teen for sex, police say. The teen refused Park's request for naked photos of himself.

The county's Police Explorer program is part of a national organization designed to give people ages 14 to 21 an inside look at law enforcement careers. They interact with officers, learn some policing basics and go on ride alongs with cops to see what it is like.

He joined the program in January 2017 and was with a post in south St. Louis County. He is no longer part of the program, police say.