Indicted St. Louis Cop Is Scared Without a Gun, Seeks Permission to Carry 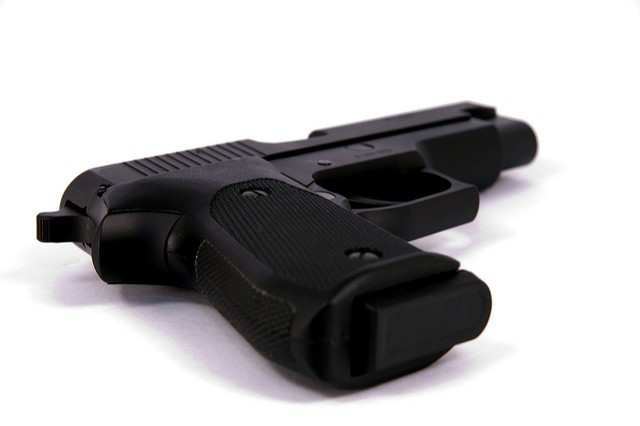 A St. Louis cop facing a federal civil rights charge wants a judge to let him carry his gun again, complaining that he worries about his safety without it.

Officer Kenneth Grooms was released on bond following his February 19 arrest. As part of his release, he agreed to a set of conditions, including that he remain in the area, not drink alcohol and give up his firearms. Last week, defense attorney Luke Baumstark filed a motion asking the judge to lift the prohibition on guns. He says Grooms has probably made some enemies while patrolling the high-crime Sixth District, which covers a swath of north city.

"As an officer with the STLMPD [sic], Defendant's duties often require him to make arrests and otherwise curtail criminal activities, which can cause resentment and/or a desire for 'revenge' among certain parties involved," the motion says.

Grooms spent a lot of his childhood in the Sixth, making him pretty well known, according to the filing. Publication of the charges against him through stories in the St. Louis Post-Dispatch, Riverfront Times and other outlets "make Defendant and his family particularly vulnerable to those who may desire to hurt him," Baumstark argues.

The attorney notes that the charges faced by Grooms — which allege he used his position as a cop to "willfully deny" the rights of an unnamed victim to be free from illegal seizure — are only a misdemeanor.

The federal complaint does not provide details of the allegations, but the Post-Dispatch, citing a source, reported that Grooms is accused of handcuffing a man who argued with the officer's girlfriend at a restaurant. Grooms reportedly loaded the man in his car and drove him around, berating him before he finally set him free.

The judge in the case has not ruled yet on Grooms' request.