Incumbents Beat Back Challengers to Retain Seats on St. Louis Board of Aldermen 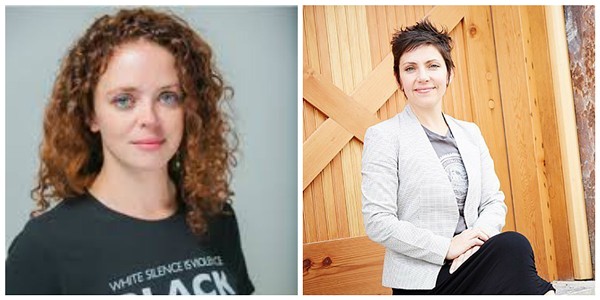 A host of incumbents have won reelection on the St. Louis Board of Aldermen, including alderwomen Cara Spencer, Lisa Middlebrook, Annie Rice and Carol Howard. Meanwhile, Alderwoman Christine Ingrassia beat a crowded field to win her primary, but she goes on to face a Republican challenger in April.

The five women fended off hard-fought challenges and almost all won by a comfortable margin, according to final but unofficial results in today's Democratic primary. So did their male colleagues Joe Vollmer, Sam Moore, Jeffrey Boyd and Larry Arnowitz.

In fact, with the nail-biter race for the presidency ending with Lewis Reed's reelection, incumbents won every race on the ballot this year.

The open seats, then, proved the only source of newcomers to the board.

Bauer, the ward's former alderman, was driven from office in 2005. He later won the 2011 primary, only to see an independent throw his hat into the ring for the general election. That independent, Scott Ogilvie, has held the seat since, but announced his retirement last year.

And in the 26th ward, Shameem Hubbarb beat Leata Price-Land and Jake Banton.

Two incumbents — Tom Oldenburg in the 16th and Heather Navarro in the 28th — were running unopposed.

The only ward whose winner must also best a Republican challenger is the 6th — in addition to the four Democrats running, the neighborhood also attracted the city's lone GOP candidate. Michael Hebron will face Ingrassia in the general election on April 2. It will be the city's sole contested race on that day's ballot.

Editor's note: We updated this post soon after publication to include the final few wards.