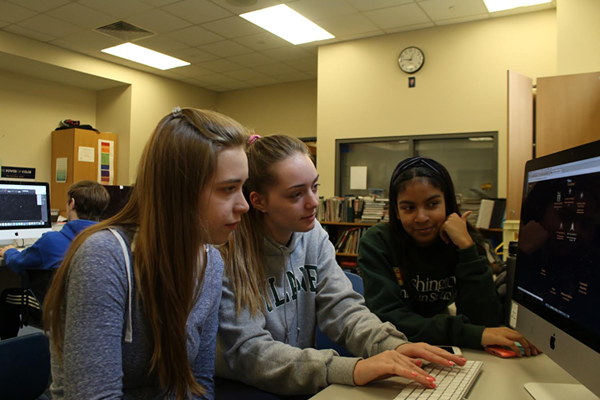 Sunday's edition of the Miami Herald was an eye-catching one: SINCE PARKLAND, its headline decreed, there have been "12 months, 1,157 deaths" — a tally of the students killed by gun violence since the deadly school shooting at Marjory Stoneman Douglas High School in Florida last February.

"Since Parkland" was one of those splashy projects that, these days, requires a village of funders and contributors: It is a collaboration between the McClatchy newspaper group, the Herald, and the Trace, an independent journalism outlet covering gun-related news. But behind all those big names was an unlikely group of contributors: student journalists at Clayton High School.

Good afternoon. Here is Sunday's front page. Keep up with the news at https://t.co/uj677Q29dT pic.twitter.com/qDms7WCYhB

RFT readers may well remember that byline. A student at the University of Florida, Respess was an intern here last summer and wrote a memorable cover story about the uncertain future of the area's desegregation program. In addition to shouldering that massive project for us, she also spent time last summer at Stanford University for a program called Newsroom by the Bay.

Through that work, she got to know Motamedi, who recruited her to work on the Since Parkland project. Respess then recruited high school students at her alma mater to write profiles for the project — and ended up editing their work, as well as the work of student journalists at Denver East High School and Pacific Palisades. (The Denver and Palisades teams were both supervised by high school student editors, with Respess serving as their line editor.) Respess describes her work as "editor, coach, cheerleader" and says she also did additional reporting to strengthen her team's stories.

By all accounts, the students — and their college student editor, Respess — did amazing work.

"The Clayton kids were awesome," says Motamedi via email. "And in terms of the gun death data, St. Louis was such an important city to us. It was so helpful that Camille not only organized Clayton but really knew St. Louis. Much of the data her group used was in and around STL and the deep understanding that Camille and her students had was an extraordinary asset."

The profiles in Since Parkland are a chilling read, a chronicle of the lives lost since America vowed "never again" — only to see school shootings happen again, and again.

You can take a look at the project online here. New profiles continue to be added as the editors and writers continue to process more recent deaths. And if that sounds morbid, well, welcome to America, before Parkland and after it, too.