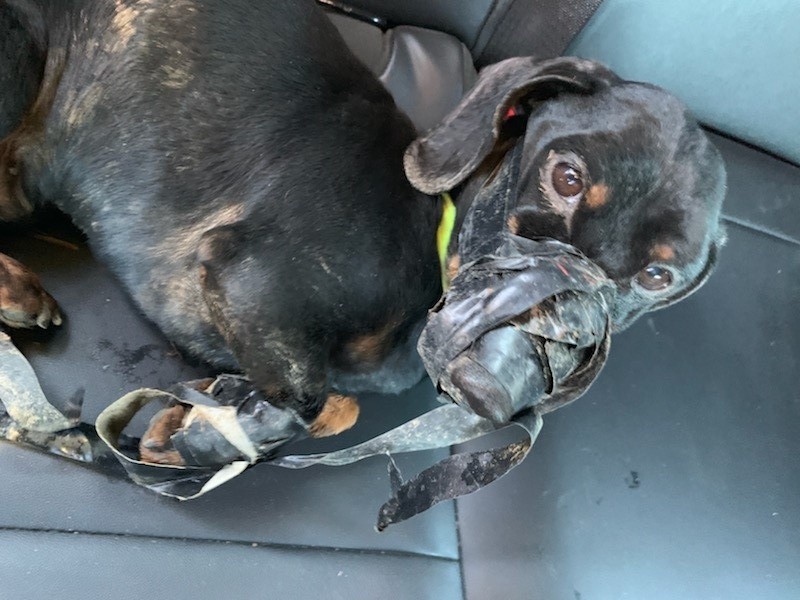 Paul Garcia, 39, of Barnhart has been arrested on a charge of felony animal abuse. He is accused of binding the dachshund with electrical and duct tape, driving him to Imperial and throwing him out of the window into a ditch. The dog is believed to have laid in the freezing cold for twelve hours before he was found.

Jefferson County Sheriff's detectives are looking for information about a dog that was found bound with duct tape and dumped in a ditch.

A sheriff's deputy spotted the dog while on patrol Saturday morning near a stone quarry in Imperial. Someone had wrapped tape around the dog's mouth and legs. Temperatures had dropped into the teens overnight, and the abused animal seemed cold and malnourished, according to a sheriff's news release. Investigators suspect he may have been suffering from a concussion as well.

The dog was taken to an animal hospital, where staff have started calling him Jimmy, because no one knows his name. He's doing much better, according to the news release. (See the video below.)

Detectives are asking for help identifying him. The nearest intersection where he was first spotted is Old State Road M and Schneider Road. Anyone with information can call the detective bureau at 636-797-5515.